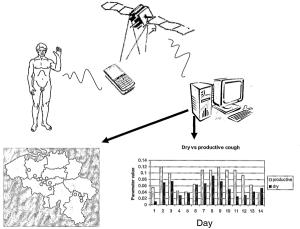 Airports are riddled with germs and sickly folk that have no business being in public, right? In most instances you can get away from them, but if they’re on your flight, the risk of getting sick increases ten fold. Or something like that. If Belgium’s Biorics’ latest project gets off the ground then we may never have to worry about flying with sick people ever again.

Last month, Biorics submitted an application for a patent that would detect and analyze people’s coughs. The detection process would be made possible by outfitting terminals or gate areas with microphones that would feed each cough through a program that deciphers whether or not your cough is normal or filled with virii. Because of the multiple microphones set up in an area, the program will be able to triangulate your position and warn authorities of your location. This program is said to work with animals as well.

This whole thing sort of reminds me of how Batman finds the Joker in “The Dark Knight.”