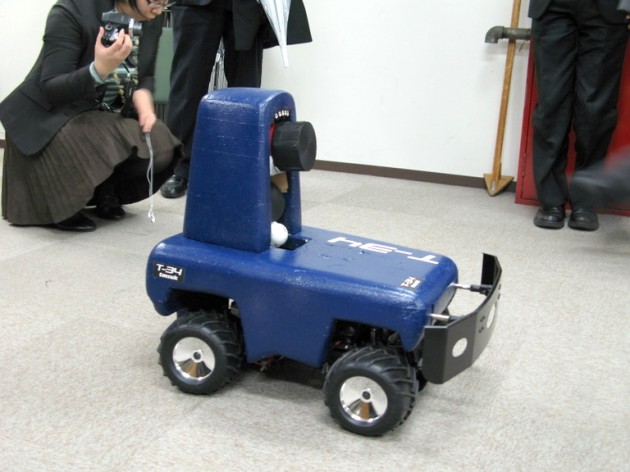 Tokyo-based robot maker Tmsuk and security firm Alacom [JP] jointly developed the “T-34,” a compact patrol and security robot that can launch a net to catch intruders. As this is a Japanese robot, it goes without saying it’s controllable via cell phones.

The four-wheeled mini robocop is equipped with a videophone function, making it possible to control it via real-time camera images. The Ni-metal hydride battery-powered T-34 also features an infrared presence sensor, a mic, an LED light and a speaker. But most importantly, it comes with not one but two net launchers.

If an intruder comes near the T34, he or she is in danger of getting shot at with a weighted net and tangled. It understands spoken commands the user gives via the cell phone.

Watch the T-34 in action below.