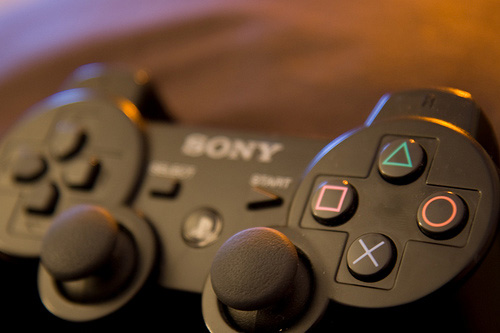 Not too long ago we asked how you would improve the PSP if given half a chance. One response, and a common thread on many a message board, was to add a second joystick (or “nub”), making the task of porting over PS2 games, and generally delivering a more console-like experience, all the more easy for developers. One such developer, Sony Bend, which developed the PSP Syphon Filter games, is meeting us halfway, and making it so that you’re able to play the upcoming Resistance: Retribution with your PS3’s Sixaxis. Handy.

The technology behind this minor miracle is called PSP Plus. There’s really not much to it, at least on a non-technical level: you merely control the game by using the Sixaxis. And while it sounds pretty great—MTV Multiplayer cautions that the technology might not be palatable for those of you who play your PSP on the road; trying to play the game on the mighty 7 train at 8am would be ridiculous—don’t get used to it. Sony says the technology is not currently planned to be used in any other game. So, yeah.

I stand by my assertion that the PSP is not nearly as bad as its reputation suggests.