DailyFill, a gossip site in the same vein as TMZ and Perez Hilton, is off to an impressive start. Less than two months after launch, Quantcast is already reporting 1.7 million unique visitors – a figure on par with PopSugar’s traffic numbers (though we should note that the Sugar network as a whole sees much more traffic).

The site first grabbed attention because it was created by Slingshot Labs, a startup incubator owned by News Corp. The incubator also has ties to MySpace (also a News Corp property), though it is a separate company. At launch many wrote off DailyFill for being yet another gossip site destined to flounder in the shadow of the likes of TMZ and Yahoo’s OMG, which generate huge volumes of traffic and have devout followings. DailyFill still trails these by a large margin, but it clearly isn’t bombing.

It’s still too early to tell if the site will be successful in the long term – much of the traffic may be coming from curious gossip fans looking to check out the newest kid on the block. But for now, News Corp and MySpace’s experiment with its new startup incubator seems to be paying off. 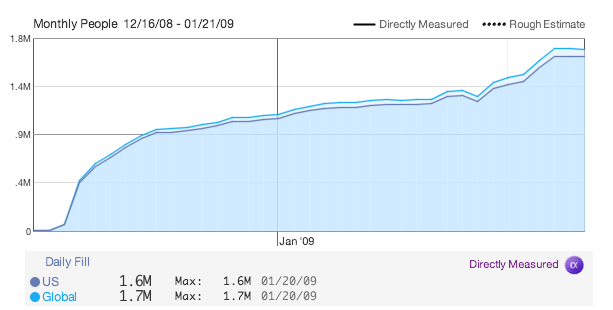