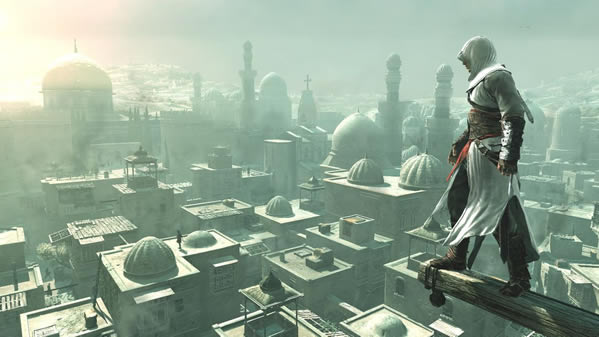 I won’t bore you with financial details because we’ve been doing enough of that in the last couple days so I’ll get straight to the point. Ubisoft will be launching seven franchise titles this year (or there fiscal year which runs from April of ’09 to March ’10), three new brands and four movie license-based games across all platforms. Unfortunately, I Am Alive won’t be making it out this ‘year’ because it needs further development time. It will launch in the ’09 fiscal year, though. The fourth quarter for 08-09 will see the launch for Tom Clancy’s Hawx for Xbox 360, PC and PS3 with EndWar coming to the PC as well. A whole gaggle of games for Nintendo will also launch this quarter but nothing worth mentioning unless you’re into Grey’s Anatomy.

Enough of the boring stuff. Back to the seven franchise titles that I mentioned earlier. Assassin’s Creed 2, Tom Clancy’s Splinter Cell Conviction, Tom Clancy’s Ghost Recon and Anno will launch by March 2010. A new TMNT game will being come as one of the four new movie licensed games as well. And Red Steel 2 is also in the works, said Ubisoft president Yves Guillemot. I just hope 2009 is as good as 2008 was for the video game industry.