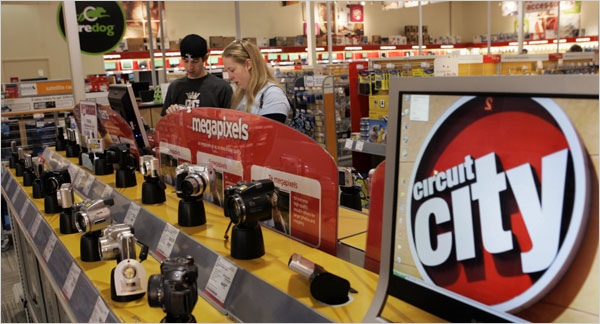 It seems that everyone knows that the Circuit City liquidation is a scam in our corner of the Internet but what about Mr. Average Joe? Does he know that we haven’t heard of anyone finding a lower price at a closing Circuit City store than at Best Buy or via an online source. Maybe the deals will come after the store’s inventory is stagnate for a few weeks. After all, the head liquidators have played the game a few times before. Hopefully there will be a time when deals are to be had ’cause this guy wants a big boy Monster Power Center but isn’t willing to spend anywhere near the retail price.