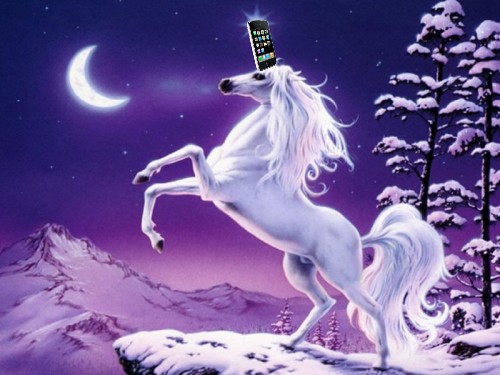 Everyone’s been all a-flutter lately (for reasons I do not understand) about the possibility of either a smaller-sized iPhone or a tiny Apple netbook. Both of those things sound terrible to me, and Apple seems to agree. During a conference call today reporting their totally awesome earnings report, they also addressed the rumors.

We’re not going to play in the low-end voice phone business. That’s not who we are, that’s not why we’re here. Goal is not to lead unit sales, but to build the world’s best phone.

The iPhone is what they felt was the best possible size and shape when they made it. I doubt they’ve changed their opinion on that. An iPhone Nano would be compromise in design and technology, and they’re not about that.

We’re watching that space, but from our [point of view] the products are based on hardware that’s much less powerful, software technology that’s not good, cramped displays. We don’t think that people are going to be pleased with those type of products. It’s a category we watch, we have some ideas here, but we think the products there now are inferior and won’t provide the kind of experience people want.

You might add to the argument that the reason why people buy netbooks is that they’re functional and dirt cheap. The day Apple puts out something that fits both those criteria, I’ll eat a treasure chest full of doubloons.