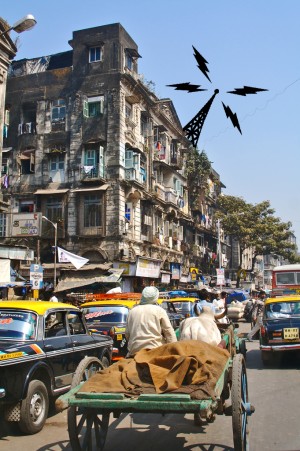 After November’s terrorist attacks in Mumbai, blame was flying thick and fast and some of it landed on Google Maps. That was embarassing, but now the understandably jumpy residents are worrying about a new threat: open wi-fi networks.

When it was revealed that terrorists had hacked a tourist’s computer in order to send an email shortly before the attacks, cybersecurity became a pressing issue. Mumbai police are now cruising around the metropolis looking for unsecured routers and poorly protected connections. The behavior is commonly called wardriving, and usually the idea isn’t to secure the points, but to build a database of them.

“It’s an awareness campaign, where the police officials will educate the users about security aspect of Wi-Fi networks. And the officer’s team will visit homes, schools, colleges and offices to check unsecured networks.”

Well, any campaign to increase the amount of people protecting their wi-fi is a good thing, but as a police action this really is a red herring, isn’t it? An attack of any sophistication wouldn’t rely on finding an open wi-fi connection.