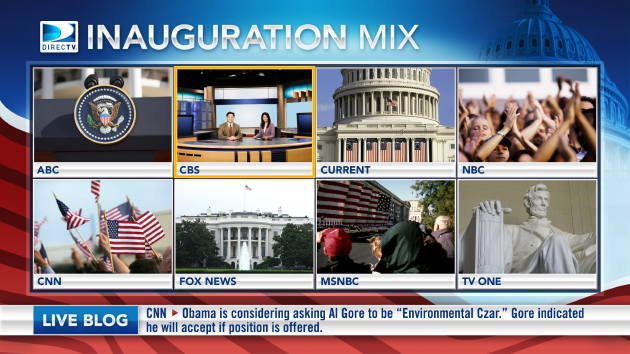 DirecTV has the ultimate inauguration station in case you were planning on watching Obama’s big night at home rather than at your local theater. The mosaic combines eight, high-def stations into one mix that lets you select which station you wanna watch in full screen, high definition. DirecTV has been doing this for a few years with sports but this is probably the first time a President has been featured via the feature. The channel will be replacing News Mix on station 102 and 352 on January 20th, 2009. Talk about to much Obama. Wow.

Supersize picture after the break.