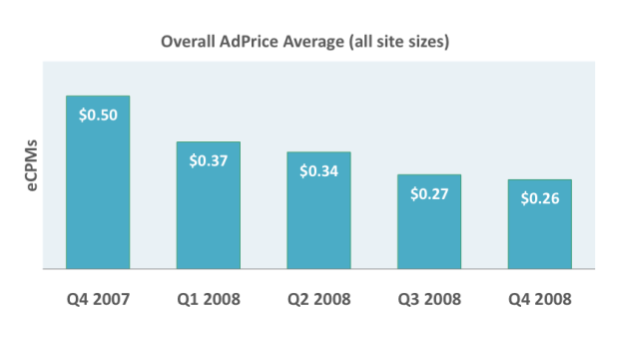 Fourth quarter data is starting to trickle in on how bad the online advertising downturn is turning out to be. The latest data comes from Pubmatic, an online ad optimization service used by more than 5,000 sites large and small. PubMatic’s fourth quarter AdPrice Index, which I have obtained, shows the average rates paid to these sites for remnant display ad inventory (i.e., inventory they couldn’t sell themselves at a higher price).

Something tells me this year we are not going to need 300 different ad networks sloshing around the same ads everywhere and taking 30 to 40 percent for their efforts. 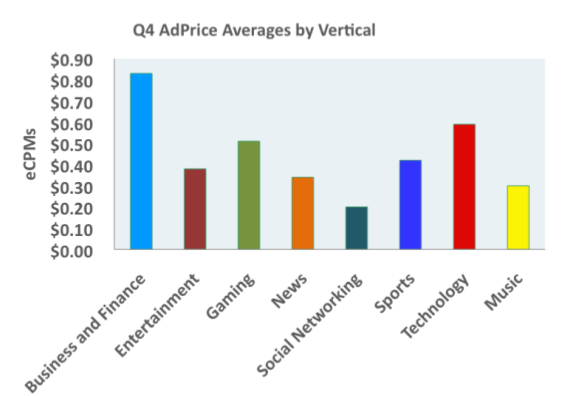