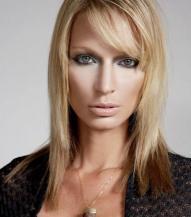 Canadian model Liskula Cohen has sued Google for a number of snarky remarks that were made by a blogger using the company’s Blogger service. The NY Daily News reports that the former Vogue cover girl has been called ‘skanky’ and ‘an old hag’ by an anonymous blogger on a website called Skanks in NYC (could be deemed NSFW).

The defamation suit, filed in Manhattan, seeks a court order compelling Google and its Blogger service to identify the anonymous blogger. Google declined to discuss any specifics, only responding to the claim by saying they sympathize with victims of cyberbullying but “take great care to respect privacy concerns and will only provide information about a user in response to a subpoena or other court order”, so we’ll leave you with a quote from Cohen instead:

“I’m tall, I’m blond, I’ve been modeling for many years, and people get jealous,” she said. “If I had to deal with everyone who is jealous, I wouldn’t have time to do anything else.”

While some people are quick to dismiss that the model would have a case, and that she’s just looking for attention, I’m not so sure. It’s nearly impossible to identify bloggers who don’t reveal their real name without the help of the companies that maintain publishing platforms, and a line has to be drawn somewhere regarding what people can say anonymously just because they’re using the internet to say it.

The attacks on the blog are rather personal and vicious, and they’re targetting Cohen almost exclusively. As Ars Technica points out, the model will need to demonstrate defamation twice: once to show that she has a sufficient case that the identity of the blogger should be unmasked, and then again for suing the blogger directly.