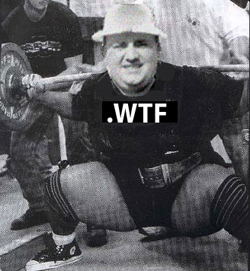 Quick, name three significant web sites that have domain extensions that end in .me or .tv. Having trouble? Sure, there are a few of them out there (kyte.tv and Buddy.tv come to mind, but I can’t think of any major .me’s). For all of the hype surrounding these extensions at launch, they’ve largely failed to deliver.

Earlier today Chris Dannen at FastCompany wrote a post titled “How 2009 Will Spur The Rebirth Of Cyber Squatting“. In it, Dannen writes about the beginning of a new age of domain squatting, as ICANN (the organization that handles domain name registrations) begins accepting applications for new domain name suffixes. He posits that with the emergence of new extensions like “.nyc” or “.law” these squatters will be given a new lease on life, with a nearly endless number of possible domains to plunder. Legitimate companies, likewise, will have to register as many domains as they can in the hopes of fending off sites like “Microsoft.sux”.

Fortunately, Dannen is wrong. Some overzealous companies may still go to the trouble of snatching up as many domains as they can, but it will be for naught.

If ICANN does wind up releasing dozens or hundreds of new domain name extensions, extensions in general will become increasingly meaningless. Many people are already confused enough by the differences between common extensions like “.net” and “.com”. And they’ve generally rejected the overhyped extensions that are already out there, like “.tv”. Adding countless others to the mix will only make them more confused, to the point that they no longer care.

Instead, they’ll just turn to search engines. Many people are already using Google to search for whole domain names, and I can’t think of the last time I’ve directly entered a URL from an ad I heard on TV or the radio (I usually just type the company name into Google). Search engines generally do a better job at identifying the most authoritative sites in a space, and as they get smarter by paying more attention to user location and semantics, the bias for search engines over URLs will only become stronger.

To some extent we need this – the internet has essentially run out of good domain names. Most startups and small companies can’t afford to play the squatting game, leading them to create brand names that are as forgettable as they are meaningless. As we make the jump from the URL to the search engine, they’ll be able to name themselves whatever they’d like, even if they use an obscure extension.

This won’t kill off cyber squatting entirely – .com’s will continue to command exorbitant prices, and a handful of domain extensions may eventually emerge as popular alternatives to .com and .net. But the idea that the web will soon become “incomprehensibly more vast and expensive” is simply misguided. It might get a little bigger, but it won’t be anything Google can’t handle.