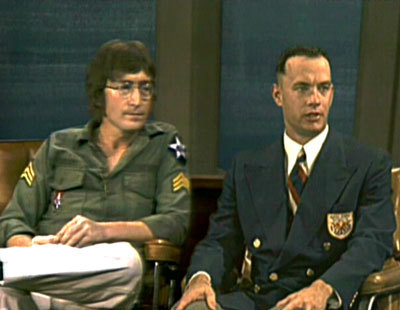 We’re now in Week at least Two of the great drought of ’09, where the blogosphere has woken up to the poverty of its attention algorithms and is frantically searching to harness the Gesture model as quantified by Twitter et al. Before I go much further, let me say that this problem has already been tackled and largely solved. But the fact that this hasn’t gotten much apparent traction suggests no one is really happy with a solution.

As I’ve said for perhaps 3 or 4 years, we are in the evolution from an attention model to a gesture model. Twitter represents the latest and greatest instantiation of gestures, where apparently unprovoked statements circulate aysnchronous (or asymetric) overlapping Follow clouds and provide a dynamic DVR control for Web content. Now that rich media platforms are emerging on top of this console (Gmail, Mesh, Flash) the battle has shifted from control to contract.

What people call filtering is the contouring of dynamic systems to reflect the aggregate gestures of affinity groups. Whether it’s the affinity group as modeled by a single individual (Techmeme) or the gestural cloud orbiting individual brands (TechCrunch, Scoble, O’Reilly, Feldman) or even the collective noise of Digg, Google, or Huffington, the power of affiliation continues to trump most every business model of the outgoing generation.

This is most dearly felt by those who pioneered this era, by those who see those leaders as Old and In the Way, by those who try and force this transition into Us versus Them, a generational shift that is incorrectly positioned around age. One of the virtues of age is the lessons of survival, and more specifically the calculation of how many heartbeats to parcel out over which concerns. Today’s noise is about the lack of signal, or the efficiency (or lack of it) of systems to harvest the signal.

Break down the arguments for a new Techmeme: no matter how you atomize it, you won’t find a better car than the one you like the best. W.C. Fields is still a funny guy. Lenny is still the master, Pryor the one who crossed over into the center of the human condition and forever erased the color “barrier.” Will a Techmeme killer come along? No. Techmeme will kill itself before that, because Gabe will move on to something he loves more. And I’ll probably move with him. I like Gabe.

The cry for more, better news is the urge for moving forward, for finding the next hill to climb, the space race, the perfect wave. Believing otherwise seems hopeless, pathetic, angry, unacceptable. Believing something is great does not imply nobody can do better. It does imply that if somebody can also do something great, that will be better because it’s something to add to the pile of great. It doesn’t detract from what’s great; it ratifies what’s great.

So here’s to the Drought of ’09. Let’s rail against it, debate it, ignore it, shut off our computers, quit Twitter, auto-follow everybody, follow nobody, release track, never offer track ever again, argue about nothing, make lists of authoritative people, call each other stupid, be stupid professionally, get fired, quit while we’re behind, speak only with sarcasm, be completely honest, run for the OpenID board, declare RSS dead, link to everybody, link only to your friends, link never, only take left turns while driving.

In a drought, we conserve. Flush less frequently. Take showers instead of baths. If this is a drought, a lack of value, is that in and of itself valuable to know? If Techmeme says nothing’s happening, do we settle? Dave Winer says let’s block Techmeme so we know it’s not authoritative. I do that all the time, by writing something stupid or boring or incomprehensible. Let’s all write more crap; that way Techmeme will really suck and then we can get rid of it in favor of some other guy’s stupid algorithm. Alright. Here’s my ante. Who’s with me?