Editor’s note: The poem and illustrations below were submitted by an engineer in Silicon Valley who works for a big company and wishes to remain anonymous. The views expressed are not (necessarily) those of TechCrunch. The awesome illustrations are by Doug Shannon 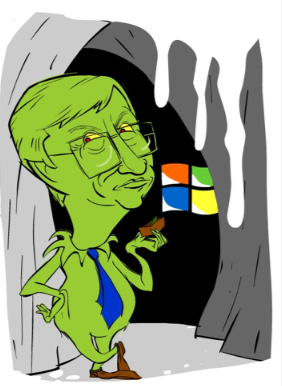 Every geek
Down in Geek-ville
Liked searching a lot …
But Bill Gates,
Who lived just north of Geek-ville,
Did NOT!

Bill Gates hated searching and search advertising!
Now, please don’t ask why. It’s not that surprising.
It could be his brain had slowed up with age.
It could be, perhaps, that he loathed Brin and Page.
But I think that the most likely reason of all,
Was his wallet was feeling 2 sizes too small.

But,
Whatever the reason,
His wallet or brain,
By Jan of ’08 he was feeling the pain.
Looking down on the web with a Gatesian stare,
At the billions of people just becoming aware,
That web search NOT windows was the new way to think.
That it’s really more fun to surf popular links!

For,
Tomorrow, he knew …
That some Google shareholder
Would make many more billions
Than him or Steve Ballmer.
They’d start BIGGER foundations
To improve world health
And they might even give away
MORE of their wealth! 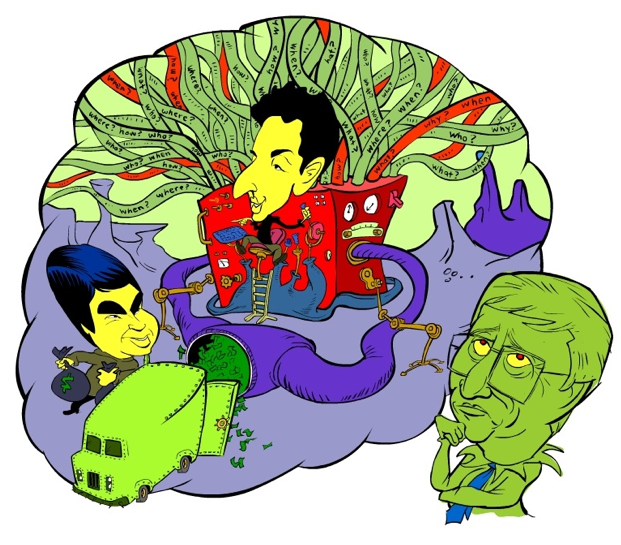 “They’ll be clicking those ads”, he snarled with a sneer.
“I smell a monopoly! It’s practically here.”
The he growled, with his fingers nervously drumming,
“I must somehow stop that monopoly from coming!”

Then he got an idea!
An awful idea!
Bill Gates
Got a wonderful, awful idea!

“I know just what to do!” Gates said with a laugh.
Then he called his pal Ballmer, to plan an attack.
And he chuckled, and clucked, “What a great business trick”.
I’ll buy up Yahoo and I’ll buy them up quick.
All I need is a deal
To get their web stuff
31 dollars per share seems enough! 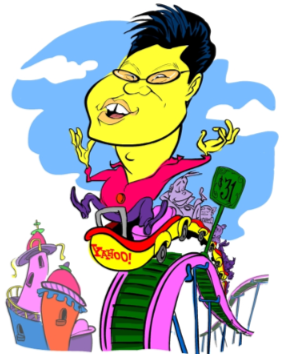 So Ballmer sent Yahoo his generous offer,
But was told by Yang to return to the coffer.
Did that stop Bill Gates …?
No! He simply said,
“If I can’t buy Yahoo, I’ll sink them instead!”
So while Yahoo’s board was asleep at the wheel,
He asked Steve Ballmer to walk from the deal.
“Now, that is a lesson in playing hardball!”
Said Gates, as he watched Yahoo’s stock in free fall.

Well, it looked like Yahoo was certainly done.
It seemed like Bill Gates and Steve Ballmer had won.
But, let’s not forget, that in Silicon Valley,
You’re one hack away from printing more money.
So Yang and his gang started coding from scratch.
They made up a product that no one could match!
“Part open, part social,” Yang said with a grin.
“We’ll rewire Yahoo from outside to in.
And open up search, the home page, and then
We’ll double our profit by 2010.”

And Gates, in ‘08, who’d lost half of his dough.
Stood puzzling and puzzling: “How can it be so?
Is there any way Yahoo can help MS Windows to sell.
Or keep Office sales from going to hell.”
And he puzzled for hours, till his puzzler was sore.
Then Bill Gates thought of something he hadn’t before.
“Maybe Yahoo,” he thought, “is more than just search.”
“Maybe Yahoo … perhaps … HAS significant worth!”

And what happened then …?
Well … in Geek-ville they say
That Bill Gate’s small wallet
Magically grew 3 sizes that day!
And the minute his wallet didn’t feel quite so bare,
He made a cash offer of 30 per share.
Then he opened HIS browser and did something new.

And he
… HE HIMSELF …!
Tried a search on Yahoo!