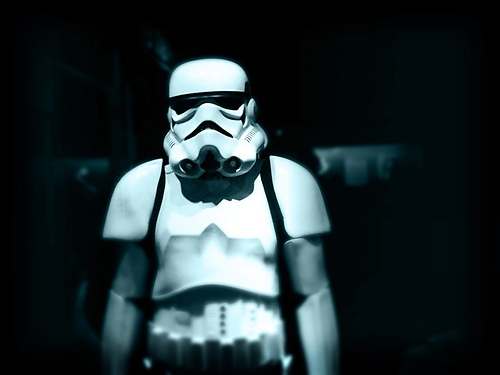 Bravo to George Lucas for making a mockery of many of our childhoods. The Star Wars creator (and destroyer) has approved the production of “Star Wars: A Musical Journey,” a musical that will open in London next year.

It features—and I kid you not—a “Stormtrooper kick line and singing Wookies.”

The musical, which opens in April at the O2 Arena over there in London, incorporates all six Star Wars movies, conveiently edited to a bite-sized two hours.

No word just yet about an American release.

I never got into Star Wars, but feel free to include me in your “Thanks, George, for bilking every last cent out of my childhood memories.”