The tech IPO is not completely dead. Last Wednesday, Japan’s third largest social network GREE, launched in 2004 by the company of the same name, listed its IPO shares on the Tokyo Stock Exchange’s Mothers market for start-ups. GREE caused a sensation in this year’s lackluster Japanese IPO market with shares rising a whopping 52% from $37 to $56 on the first trading day.

The company now has a market capitalization of over $1.3 billion, which is even more than that of Mixi, Japan’s biggest social network that’s also listed (at around $970 million). 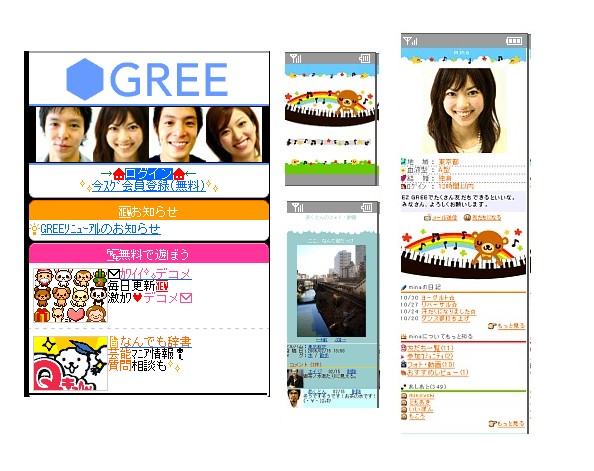 GREE began operations on the fixed Internet before Japanese users started to move over in droves to competitor Mixi, which currently boasts 15 million members. Today, the fixed Internet site is virtually abandoned, but GREE Mobile has 7 million registered users. And 99% of its 8 billion monthly page views are generated through cell phones.

GREE is essentially a mix of social networking and a gaming platform. The Nippon-only service adopted the business model that made Mobage-town big, a social service that’s also 99% mobile-based and has 12 million members: Users are represented through avatars and can buy virtual items on the site, i.e. food used in GREE’s virtual pet games, clothes for avatars or special fishing rods needed for fishing games. Playing the games is free of charge.

In 2006, GREE received around $4 million in funding from KDDI, Japan’s No. 2 telecommunications company, triggering a complete realignment in corporate strategy. The site started to focus solely on the mobile web (it’s the default social network for KDDI’s 25 million cell phone subscribers).

It seems the stock market sees a lot of room for growth in GREE’s business model even though the company doesn’t own valuable IP; the site’s big idea is easy to copy and Japan’s mobile market is saturated and bound to shrink considerably in the future for a variety of reasons (declining birth rate in Japan, government ban on handset subsidies). The combination of ads and fee-based sales is working out in today’s weak online ad market: From all of GREE’s sales, 70% comes from virtual items and 30% from ads. That’s a high ratio of virtual sales for a mobile site. In contrast, Mixi is heavily dependent on advertisements (the site generates less than 10% of its revenues through premium accounts and has no avatar system).

For fiscal 2008 (that ended in June), GREE reported revenues of $33 million while profits exceeded $11 million. But profits ballooned to $15.6 million between July and September during this year alone (revenues jumped to $22 million in the same quarter). 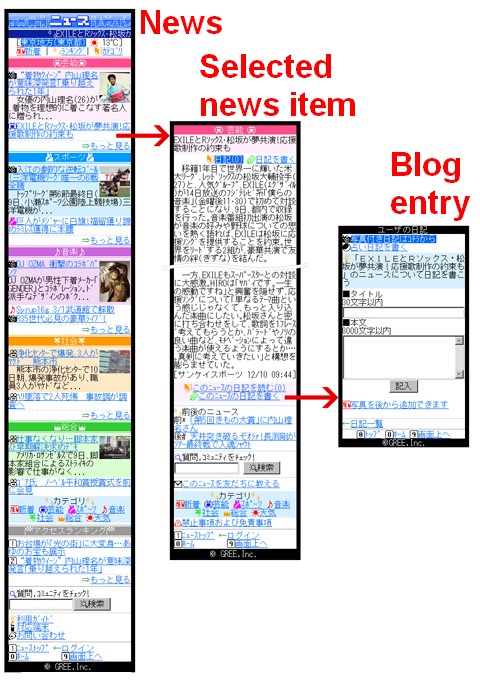