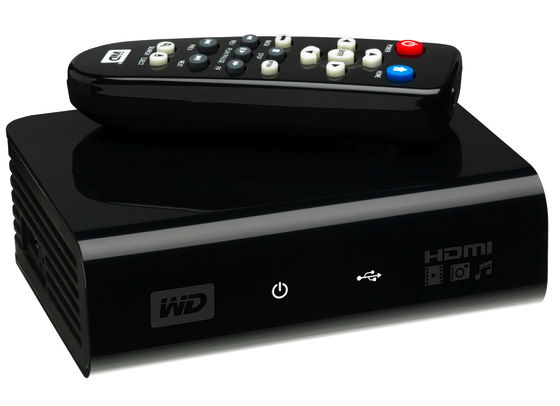 WD’s badass little media box is getting its first firmware update and it’s available starting now. Read on for details to find out what’s been fixed, what’s new and how to get the update for yourself.

• Resolved issue when 2 drives were connected, then one drive was disconnected, the files from the disconnected drive still showed up on the file list but were not playable
• Resolved “repeat one” failure during music playback; previously songs would not repeat
• Resolved artist name truncation issue during music playback
• Resolved issue where WD TV would not turn back on with remote after extended period of inactivity; previously WD TV had to be unplugged and was unrecoverable with the remote
• Resolved image size and position issues during video playback; previously the image displayed did not fill the screen until the picture was zoomed in and then out again
• Resolved info bar display issues in PAL (European display standard) mode
• Resolved issue of the slideshow playing while in the Option menu during playback, slideshow now pauses if the Option menu is accessed
• Resolved issues surrounding drives going to “sleep” and folders showing as empty; previously drives equipped with a sleep feature would not re-initialize before the WD TV timed out and displayed the folders as empty
• Resolved issues with DVR-MS file playback, FF and REV now function properly; previously FF or REV during a DVR-MS file would cause the file to stop playing and the video signal to be lost
• Resolved issues with forced resolution changes dropping video signal; previously the signal would be lost if the user switched between forced resolution and auto
• Resolved photo self re-sizing issue; previously during photo playback the pictures would randomly re-size themselves
• Resolved Status LED behavior by blinking to reflect accurate read cycles while data is being read; previously the LED just stayed on
• Resolved subtitle default to “on” issue (subtitles now default to “off”, unless there is an external subtitle file created, then subtitles default to “on”)
• Resolved subtitle position issue, the subtitles were moved down towards bottom of screen; previously during playback of some files subtitles were positioned too high blocking the view of the video
• Resolved the 1-2 second FF during initial playback of .MPG video; previously video would play in what appeared to be FF for the first 1-2 seconds and then slow to standard play rate
• Resolved video signal failure when pan function in video files with subtitles is used; previously subtitles would stop functioning, video would stop playing, or TV would lose signal
• Resolved zoom issues while file info is displayed during video playback; previously signal would fail or video would stop playing
• Resolved zooming issues while subtitles were on; previously the screen used to go black and the video would stop playing

To update the firmware:

Important: Make sure the WD TV™ HD Media Player’s AC power adapter remains connected during the firmware update. A power disruption during the update process can corrupt the system firmware. Also, make sure that you do not unplug the USB storage device

This just hit my inbox from WD. Hope it helps.

Here’s a link to our Knowledge Base article 2757 that may shed some light on this issue:

Problem:
The WD TV Media Player crashes or hangs when you attempt to update the firmware.

Cause:
The firmware update application is timing out because large capacity drives cannot build the media directory fast enough to allow the installation to continue.

Note: make sure only one drive, the drive with the firmware update files, is connected during the update process.