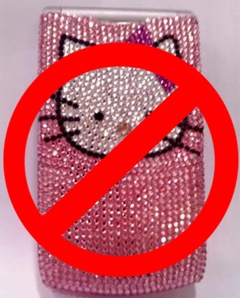 In what can only be described as the most insane move of all time, Japan’s Saitama prefecture (analogous to a state or province elsewhere) will be banning cell phone use by students at most of its primary, middle, and high schools. If this doesn’t incite Japanese schoolgirl riots and widespread destruction, I don’t know what will.

Various reasons are cited, including studies linking cell phone with cancer, and social problems such as pervasive bullying on mobile social networks. To be honest, I’d like to see the policy implemented here in the States as well. Of course, if we had everything my way, we’d all be assigned a personal Pegasus at birth.