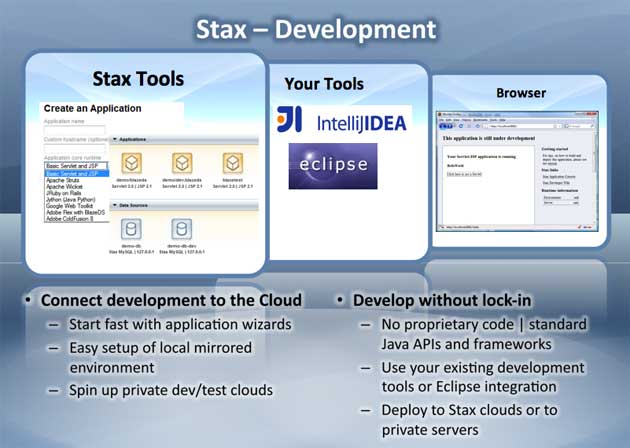 Stax is built on top of Amazon EC2 and allows developers to create, text and deploy Java applications without having to build out their own physical infrastructure.

For now Stax isn’t charging users at all. Eventually they’ll move to a model that charges for resources uses, similar to EC2 and other infrastructure platforms. If you want to try it out, create an account using the “techcrunch” invite code.

The company was founded by Spike Washburn, Cold Fusion creator J.J. Allaire and Baseline Ventures partner Steve Anderson. They raised a round of financing from Baseline Ventures in late 2007 – the size isn’t being disclosed but is “under $1 million.”