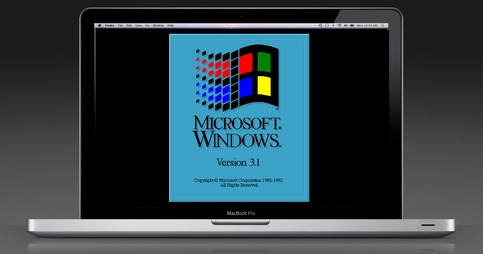 Although the enterprise environment is a place Apple has done almost nothing to woo, more and more companies are allowing or even encouraging a switch to OS X. The trend does not appear to be because of any kind of greater efficiency of macs at work, but rather it reflects Apple’s growing consumer market share and the understandable fact that people want to use their powerful home computers at work. I know how that goes: when I used to work in an office environment, I accepted but cursed the weak-ass mini-Dells and the 50 protective programs they had to install to protect confidentiality.

68 percent of 700 companies said they would allow employees to use their macs as work computers, twice as many as answered just eight months ago. Great news for Apple, but hard times for IT departments: macs are generally more secure, but they are less modular (difficult to repair) and may have compatibility problems with existing systems. Of course, you can always run Parallels, and new Apple laptops are far more reconfigurable, despite unresolved RAM issues.

The trend is accelerating, and the only thing that looks like it might do anything about it is the rather distant release of Windows 7, which many companies are planning to upgrade to, leapfrogging Vista. Can’t blame them, can you? When 7 comes out, companies will be upgrading hardware, software, and probably salting the earth behind them to avoid another situation where they were simultaneously supporting XP desktops, Vista and OS X laptops, and Linux servers.