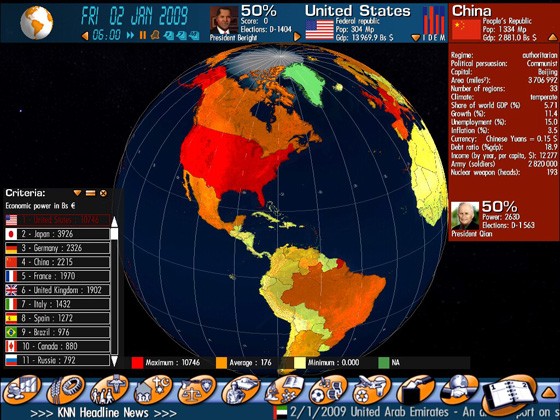 Oh man, if there were ever a job you wouldn’t want right now it’s president. (Good luck preventing the collapse of our comfortable way of life, Obama.) Luckily for us that, at most, all we’ll have to worry about is the occasional Game Over. A game called Commander in Chief will be released on January 20, the same day that president-elect Obama can finally eliminate that pesky “elect” from his title.

Commander in Chief is played on a three-dimensional world map, and contestants must pick a cabinet then tackle problems ranging from terrorism to economic woes.

That sounds like a terribly exciting games. Why would you play Street Fighter or Team Fortress 2 when you can try to “tackle economic woes”?