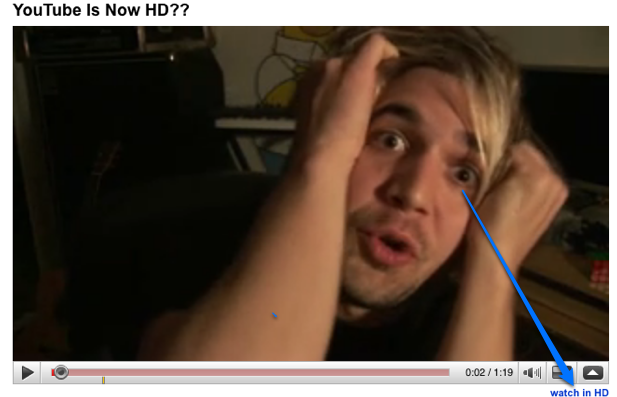 After teasing us for a year with the option to watch “higher quality” videos that weren’t quite high-def, it appears that YouTube is making the switch to HD, at least for some videos that have been uploaded in that quality. Earlier this month, there were reports of YouTube testing this feature, but this morning it seems to be more widespread. (This comes after YouTube adopted a widescreen format for all of its videos last week).

There is nothing on the YouTube Blog yet, but people are starting to notice the new feature on Twitter this morning. You can find a bunch of HD videos on YouTube by searching for “HD.” For videos uploaded in HD, in the lower right hand corner there is no a link that says “watch in HD” instead of “watch in higher quality,” which is what it used to say. The screenshot above is from a video uploaded eight months ago making fun of the fact that the higher quality link wasn’t really HD, but it is funnier now because that link has been changed to “watch in HD.” The HD option only appears on videos on YouTube itself, not in embedded videos.

I have not tested to see whether it is true HD, but the difference is noticeable. Below are two screenshots of the same video from Nicolas Charbonnier, a reader who tipped us off to the change. The top is the regular low-res YouTube video we’ve all grumblingly accepted as the norm on the Web. The bottom screenshot is of the same frame in HD.

I would not recommend watching the HD version if you don’t have a high-bandwidth connection. The HD video is taxing even the regular broadband in my office. If that’s not reason enough to get fiber-optic broadband, I don’t know what is. 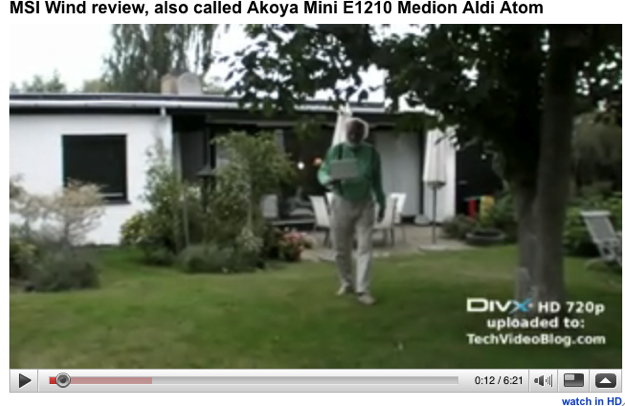 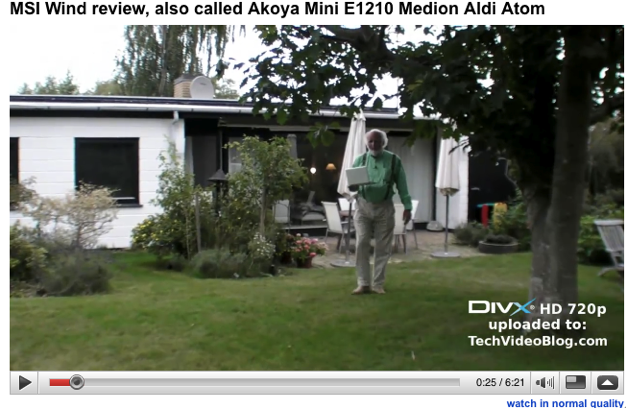 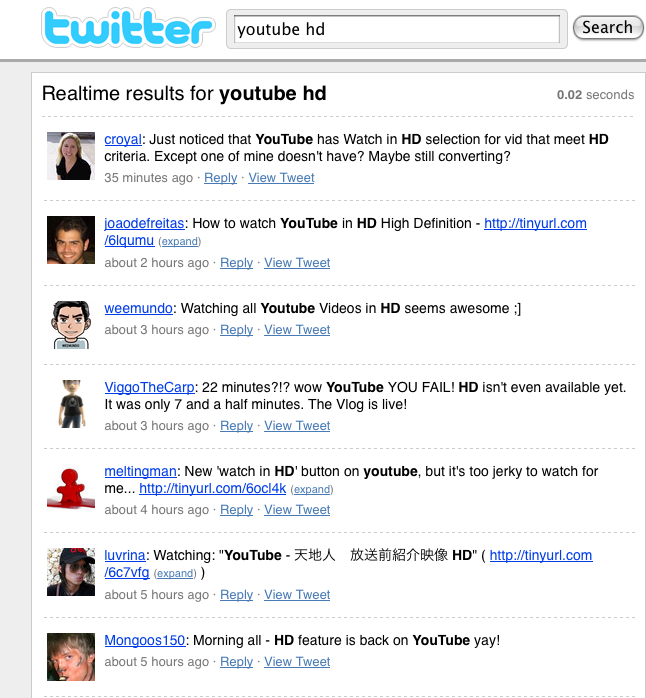