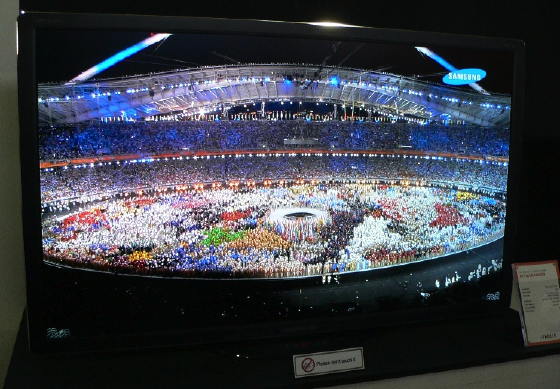 Samsung has shown off some incredible OLED advancements over the last few months but the best might soon be revealed at CES. The company might, might bring a 50-inch display to the Consumer Electronics Show.

“We can make larger displays, and we may demonstrate a 50in OLED TV at the CES show in January, though we haven’t decided yet,” he said, “But how much more would you be willing to pay for such a set?

Previously, the largest OLED screen shown to the general public was a 40-inch with a 1,000,000:1 contrast ratio so this 50-inch would be a good step forward. The display technology still has a ways to go before it hits a cost-friendly alternative to LCD or plasma.