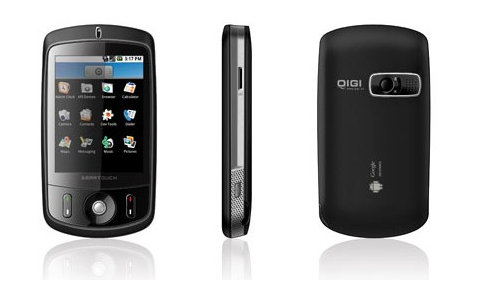 Looking to dabble with Android, but the T-Mobile G1’s wonky banana-chin just doesn’t fit the bill? Well, how about a random touchscreen handset from an obscure Chinese manufacturer, instead?

As an added bonus, this one actually comes in two flavors: Android, or Windows Mobile 6.1 Pro. Unfortunately it’s a one-or-the-other setup – there’s no dual booting to be had here, which would make the device significantly more notable.

Specs after the jump.

While we could break down the specs for you, it’s oh-so-much more entertaining to let Google Translate do the talking:

While it’s pretty unlikely we’ll ever see this thing hit the shelves outside of China, that doesn’t stop you from importing one. Sure, the lack of 3G is a downer – but at least you can say that your phone’s appearance is “straight”. No word yet on pricing, be it in dollars or yuan.

[eprice via IntoMobile via AndroidCommunity