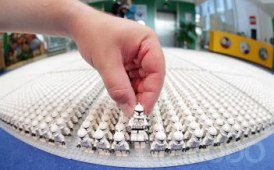 There are a lot of Twitter clones out there, often built by companies outside the US trying to steal the company’s thunder by creating local communities with a translated application, something the San Francisco startup has focused little on so far. That this isn’t always a direct road to success, proved German Twitter clone Duduku last year when it put itself for sale on eBay. Not that being inspired is necessarily a bad thing.

In the case of Yammer and Present.ly, it’s about taking Twitter’s core functionality and doing something with it that benefits teams in a business environment rather than individuals. There are other examples of clones that take the concept of sharing short messages with other people and do something fresh with it, like Gospelr (yup, for Christians), Blip.fm (for music lovers) or – why not – catering those interested in adult content (Twatr). There are also projects like Identi.ca taking a decentralized approach to the Twitter concept, and even stuff like Twingr or Revou which let you build / host your own Twitter communities.

What I have much less respect for is services like Koornk (yes, that really is spelled correctly) that clone everything about Twitter without adding anything of value nor approaching the concept from a novel business perspective. In fact, what’s even worse about Koornk (again, yes that’s really the name) is that they steal so much of Twitter’s lay-out and wording that it’s not even fun anymore. From the typical bird logo to the color scheme, the icons and even the font, the whole thing just screams Twitter to me. I’ll save you the trouble of signing up for the service and add some screenshots below so you can judge for yourself. 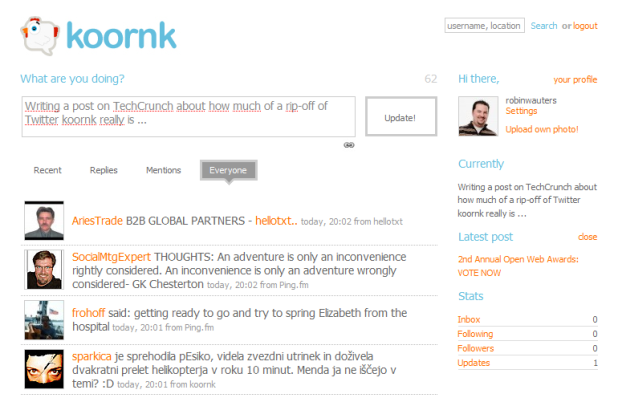 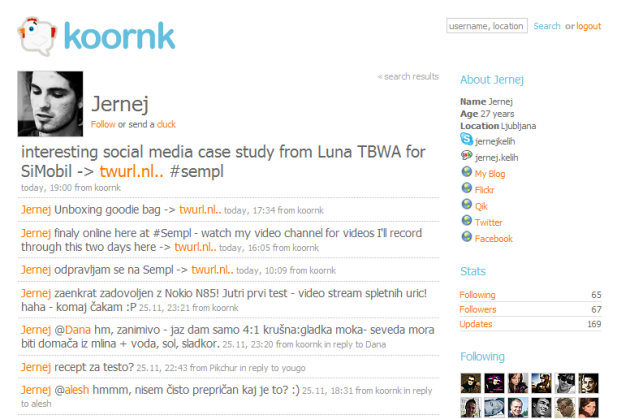