Jumping from one crowded space to another, Evite competitor MyPunchbowl has just launched a new service for free eCards, allowing users to send customized greeting cards using its impressive card editor. Users will be able to choose from an array of holiday, birthday, and thank you cards, which they can embellish with family photos and a number of text effects.

CEO Matt Douglas says that while there are many other sites on the web that offer free Ecards, the vast majority of them are unprofessional and aren’t very visually appealing. With MyPunchbowl’s Ecard Studio, Douglas says that the company is striving for an electronic equivalent to the classier (but more expensive) sort of card you might find in a stationary store. The service makes use of the editing platform MyPunchbowl originally introduced in October, which features an intuitive and powerful toolset along with realistic textured “virtual paper”.

Ecards are a logical step for MyPunchbowl – the company had developed the technology for the card designer anyway, and Ecards serve as a great way to expose the site to more users. But the real power behind these cards will likely emerge once MyPunchbowl allows users to print copies of their custom-made intricate designs. Douglas said that the company doesn’t have anything to announce yet (printing multilayered cards isn’t trivial), but that we’ll probably hear more on the matter soon. 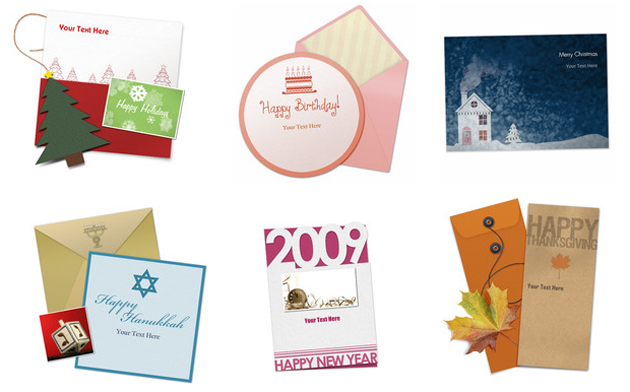