Speculation was rampant the last few weeks that Google had to rely on a third party content delivery network to make the YouTube Live live concert stream properly at scale. Despite the fact that Google has it’s own quite impressive CDN, streaming live video (as opposed to progressive downloads, which YouTube has historically relied on) is hard stuff. And expensive – you have to license Adobe’s Flash Media Server, or a competitor like Wowza, and pay at least a couple of cents per gigabyte transferred on top of normal costs.

We’d heard rumors that Google had partnered with one of the big three live streaming services – Mogulus, Ustream or Justin.TV. And in fact Google has met with all of those startups to discuss partnerships or an outright acquisition.

But instead of working with them, or building their own streaming media CDN, they chose to work with Akamai. Google won’t confirm this, but it’s fairly trivial to detect (see screen shot below). Why did they go with Akamai instead of partnering? One key factor may be that Mogulus, Ustream and Justin.tv haven’t streamed live events with much more than 100,000 simultaneous viewers (correction: one person associated with Justin.tv emails to say they’ve hit “well over 400,000”), so tonight’s concert would have been an experiment in scalability for them.

It appears based on public Akamai data that about 700,000 people were watching the YouTube concert at its peak. There’s more information on the Mogulus blog, but basically Akamai was serving about 150,000 live streams across its networks right before the event started, and 863,000 at the peak of the concert.

All this expensive CDN infrastructure really isn’t necessary to handle live video streams effectively. P2P software can handle it effectively and far cheaper since the users are serving most of the video to others. That requires getting software directly onto user’s computers, however, something Joost tried and has mostly abandoned. Eventually this stuff will likely just be built into the browser directly.

One thing tonight proved – Akamai may be expensive, but it sure does work. I wonder if Google will let them issue a press release about it. 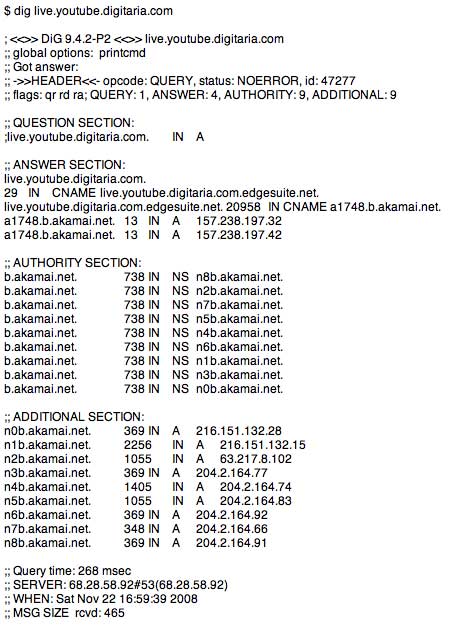