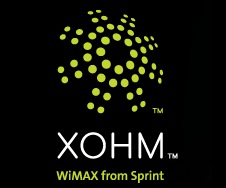 Jeez – busy enough day, FCC? Hot on the tails of the “white space” decision and approving Verizon’s buyout of Alltel, the FCC has cleared the merger of Sprint’s Xohm WiMax service with ClearWire – no doubt coming as a disappoint for some other carriers.

To recap the details announced back in May, Sprint will own 51% of the new company, which will take on the ClearWire name. ClearWire will have 27% ownership, while Google, Time Warner Cable, Brighthouse, Comcast, and Intel Capital will own the remaining 22%.

This is fairly huge news for 4G mobile broadband fans, as this merger essentially lays the necessary foundation for nationwide WiMax. If all goes well, ClearWire should be offering WiMax to half of the US’ population by 2010 – just as AT&T and Verizon are lighting up their competing 4G technology, LTE. When the battle for 4G technology king comes to a head, who will walk away the winner? The consumer, hopefully.

With the new company carrying on the ClearWire name, is the “Xohm” brand dead? I doubt it. When asked about the fate of the name, Xohm representatives have stated that “new management will be given the opportunity regarding how to position the Xohm name in the market”. While it’s not a household name by any means, Sprint has already done a fair amount of work establishing the brand and associating it with WiMax. I’d imagine that they’ll make use of it in the future, if only as a branding for WiMax dongles and other accessories.