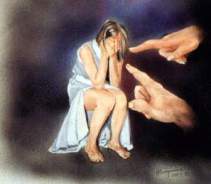 The BBC is reporting that a UK campaign aimed to crack down on game piracy is targetting completely innocent people.

Citing a story in Which? Computing magazine, the BBC reports that Atari had accused an elderly couple from Scotland, Gill and Ken Murdoch, who disputed the claim saying they had never played a video game in their lives. The accusations were apparently based on an analysis of IP addresses and submitted by law firm Davenport Lyons, which was hired by Atari and other game firms to start prosecuting illegal file-sharers. In the case of the Murdochs, a letter was sent giving them the chance to pay £500 ($819) compensation or face a court case.

The couple told Which magazine:

“We do not have, and have never had, any computer game or sharing software. We did not even know what ‘peer to peer’ was until we received the letter.”

Apparently, they’re not the only ones either. The BBC spoke with Michael Coyle, an intellectual property solicitor with law firm Lawdit, who claimed more and more people are being wrongly identified as illegal file-sharers. He is already pursuing 70 cases of people who claim to be wrongly accused of piracy and says more are coming.

Most likely, this is a result of a strategy Pirate Bay uses to lead investigators up a virtual garden path. What they do is insert random IP addresses of users, some of who may not even know what file sharing is, to the list of people downloading files.

Clever enough, but hopefully this won’t lead to actual prosecutions of innocent people.