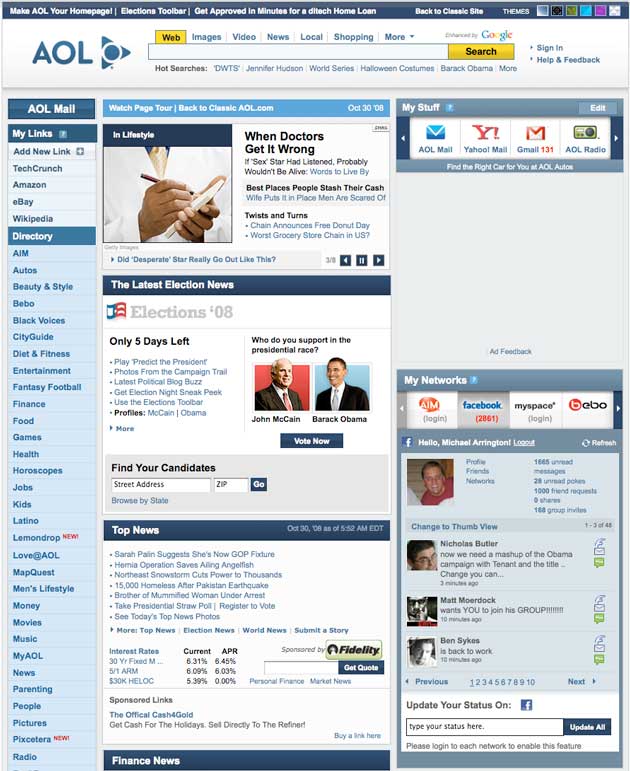 Today they launch the rest of the new features (we had a leaked screen shot here). Users can log into social networks (Bebo, MySpace, Facebook and AIM) to view news feeds and update status. Bookmarks can be added to the top left of the page, and a feed reader is included at the bottom of the screen. AOL is also inserting direct inks to third party news sources via Relegence, a company they acquired in 2006 and began integrating into AOL Finance in late 2007.

The new home page is being rolled out to users in stages, but you can access it here.

AOL, the smallest of the big four portals (if you care to call Google a portal), has had significant homepage growth over the last year. Unique visitors have grown 14% to 33 million, total minutes on the site have grown 50% to 600 million, page views are up 43% to a billion, and total visits have increased 16% to 440 million (Comscore worldwide). Stats for the competitors are below. Everyone is up at least a little in unique visitors, but page views, total minutes and total visits have declined at MSN and Yahoo.