RADUS (pronounced “radius”) is a new media hub that serves as an aggregator for content that includes RSS feeds, videos, photos, and music. And while the site certainly isn’t the first to bring all of these together, it does so in a very slick way and makes for great eye candy.

The site’s interface consists of a large media viewer on the left situated next to a smaller panel for browsing file types. Written content (like blog posts from RSS feeds) is displayed in a multi-column format that resembles a magazine article. Similarly, the media panel displays videos and images where appropriate. Unfortunately the sidebar isn’t very effective when it comes to searching for content, as it doesn’t leave enough space to describe a given video.

At launch the site is drawing content from a number of sources including Flickr (for photos), Hulu and CBS (videos), and over a hundred hand selected RSS feeds (you can add your own if one you like isn’t on the site).

RADUS probably won’t appeal to power users already set in their ways with daily visits to Google Reader and Hulu – it simply isn’t very efficient when it comes to consuming content. But for users just looking for some media to pass the time, RADUS makes for a good (and nice looking) alternative.

The company says it is currently porting the RADUS platform to new media devices, with desktop and mobile support underway.

Note: RADUS says that users of Firefox 3 should use www.radus.com (no http) to access the site.

(Editor’s Note: The original byline on this story was by Robin Wauters, but that has been changed to Jason Kincaid, the actual author of the post. Due to technical difficulties, Wauters had to publish the post last night and put it under his byline by mistake. Sorry for any confusion). 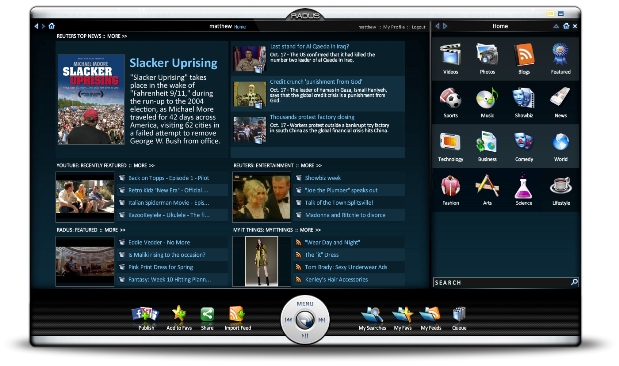 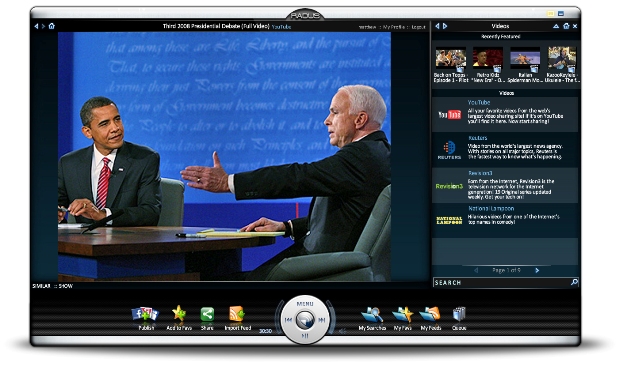