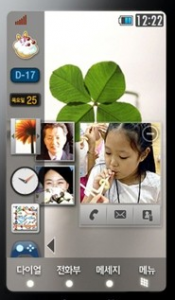 I’m not sure if there was ever any doubt that the TouchWiz UI would show up on US handsets eventually, but Samsung’s gone and confirmed it via press release anyways.

TouchWiz is a Samsung-made user interface specifically tailored for touchscreens. Its best known feature is likely its widget system, which allows users to drag and drop widgets onto their homescreen from a drawer hidden just off screen.

They didn’t announce any handsets for TouchWiz’s US debut – just that it’s on the way for late 2008 and early 2009. The Samsung Omnia and the F480, both of which rock TouchWiz, are expected to be getting US twins sometime in the coming months. Chances are, they’ll be amongst the first TouchWiz devices in the states.