A couple days ago, we posted some leaked screenshots of Brightcove 3, the completely gutted and rebuilt Web video platform from Brightcove that is launching on Tuesday. I was able to catch up with Brightcove CEO Jeremy Allaire, who gave me an update on the company and took me through all the changes in the service.

Brightcove is a Web video publishing platform that has raised $91 million and boasts hundreds of major media brands as its customers, including Dow Jones, Showtime (Dexter, The Tudors), Lifetime, AMC (Mad Men), Time magazine, and the New York Times. TV networks, magazines, newspapers, and music companies all use Brightcove to distribute and manage video on their sites and across the Web. Increasingly, so do big corporations like Sun Microsystems, universities like NYU, and political organizations like the Obama campaign.

Allaire says that, collectively, his customers are distributing Web video at the rate of “several hundred million streams per month,” which would make Brightcove one of the top ten video networks. It would still be well below No. 1 YouTube, which is streaming five billion videos a month, but perhaps within spitting distance of No. 2 Fox Interactive/MySpace (446 million streams) or No. 3 Microsoft (286 million streams). 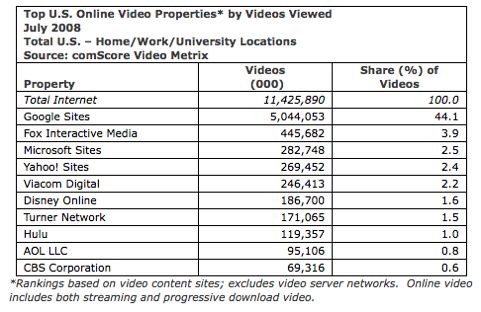 As far as Brightcove’s financial situation goes, Allaire would only say:

We are not profitable, but our burn rate continues to go down. We don’t expect to have to raise additional money based on our growth.

The Boston-based company now has 160 employees, and is spreading internationally. Europe now represents 20 percent of revenues and 34 percent of bookings, up from zero twelve months ago. And Alliare launched a separately capitalized Japanese subsidiary in May.

With Brightcove 3, the company is introducing a streamlined user interface and a whole new set of capabilities. These include a new markup language for creating video players called the Brightcove Experience Markup Language (BEML), new APIs for customers and developers, and intelligent streaming technology that dynamically changes the video quality based on the viewer’s device and bandwith limitations.

Here is a summary of the new features in Brightcove 3:

On this last point, Allaire says:

YouTube has taught us all this lesson. Every video has its own page that has 20 different ways to the next video.

And in the face of the overwhelming dominance of YouTube, how do you see Brightcove videos there? Allaire’s answer:

You don’t and you don’t need to. You find it in Google. Video is a media type. It is a powerful medium for communications. Broadband internet will drive video. Traffic will flow across Websites.

Maybe some day, but right now it still looks like a winner-take-all game. Allaire thinks he can change that.

Here is an interview with Allaire about Brightcove 3 from Beet.TV: 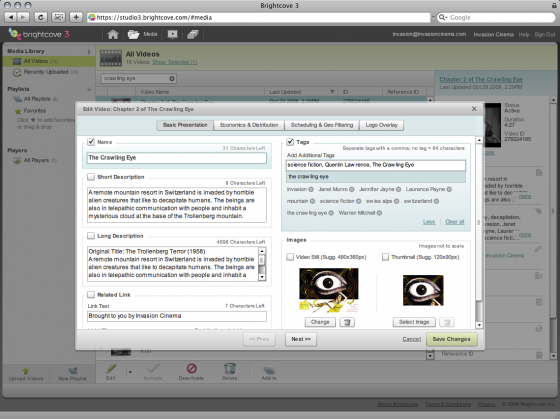 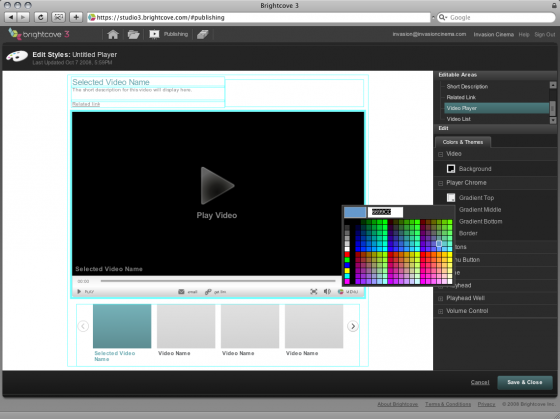