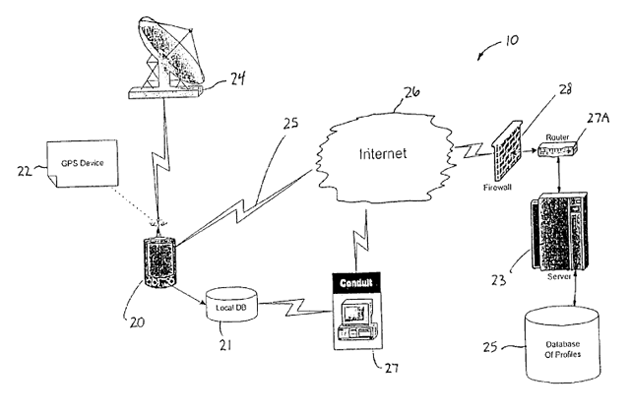 A scantly known startup out of Chicago called Earthcomber has filed a patent infringement suit against Loopt, a location-based social network.

The suit claims that Loopt has infringed an Earthcomber patent, filed in June 2003 and issued in July 2006, that outlines “a system and method for locating and notifying a user of a person, place or thing having attributes matching the user’s stated preferences.”

The Earthcomber web application, which we haven’t reviewed here before but has been covered on Webware, is available on a variety of mobile devices (iPhone, Blackberry, WAP, etc) and helps you find nearby places of interests. You can also use it to share your current location with friends, although not using any GPS or triangulation – you actually have to enter your ZIP code or current intersection manually. Update: It appears as though GPS is available on some supported devices, just not all.

Overall, it’s a pretty weak offering when compared to the other location-aware mobile services out there (on the iPhone and elsewhere). So the suit may very well be just a desperate attempt to get the company some attention.

The suit appears to be aimed primarily at Loopt’s new Mix feature, which can be used to find people in your area that match particular criteria (only women between 24-28 who also enjoy imeem, for example).

Disclosure: We are promoting a co-branded community on Loopt. The company should therefore be considered a sponsor of ours.