But it is not clear how much of those funds already raised can be counted on. Generally, the investors in a venture fund (the limited partners) commit a certain amount of cash to each fund, but only pony up the cash when the VC fund needs it to make an investment. With wealthy individuals taking losses in the stock, credit, and real estate markets (the stock market is sharply down this morning, and even hedge funds are not safe), VC funds are already beginning to feel the trickle-down effects.

As investors suffer large losses elsewhere, they are not able to fulfill their commitments to the venture funds. This will hurt small funds first, which may already be scrounging for new limited partners to replace the money from existing investors who are beginning to come up empty-handed. Less money for VCs would mean less money for startups. Are any VCs or LPs out there seeing this trend? (Do tell in comments).

On top of that, the exit environment for existing startups is not looking any better. A new MoneyTree report by PricewaterhouseCoopers that is out today notes that both the number of IPOs and M&A exits for startups declined precipitously: 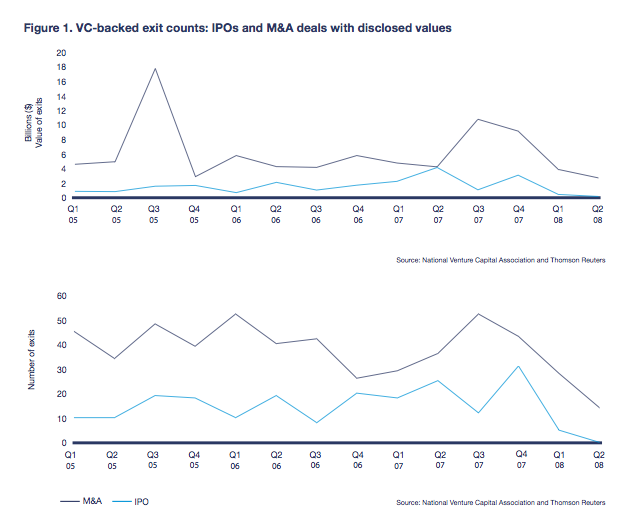 Resulting in the number of IPO registrations far exceeding the number of actual IPOs (in a healthy market it is usually the other way around): 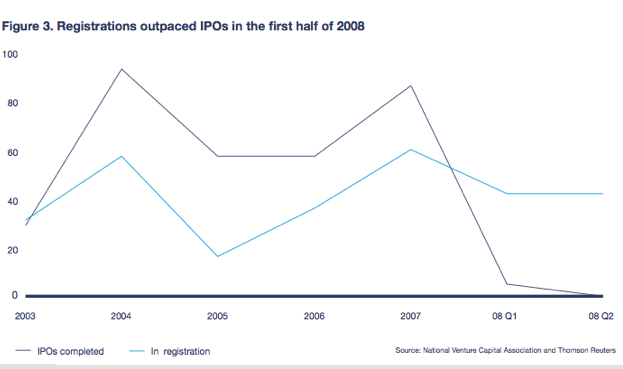 And, not surprisingly, Silicon Valley VC confidence is at the lowest point in seven years: 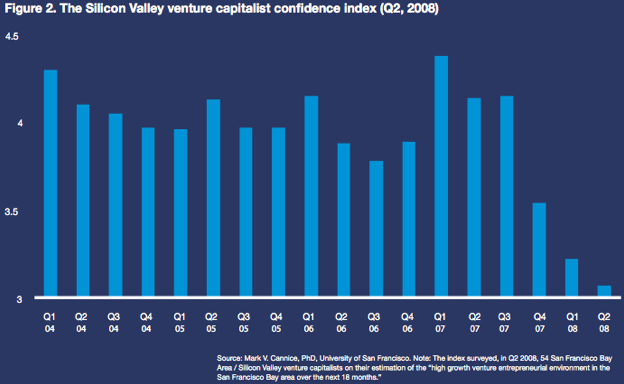