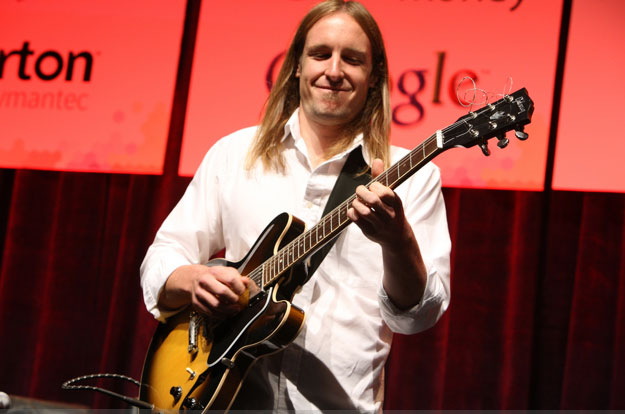 Desktop music-mixing software like GarageBand has liberated musicians from the sound studio. Now Bojam wants to liberate them from the constraints of geography or the isolation of their rooms. Bojam is a Web-based sound studio that lets musicians practice playing music, find other musicians around the world to jam with, and lay down tracks together on the same song.

Bojam is a fully functional music mixer. You can adjust the volume on each track or add effects like distortion and reverb. CEO Andrew Greenstein claims that Bojam has “all the advanced features you would find in a studio recording mixer, but all on your browser.” During the demo at TechCrunch50, he showed how a drummer in LA, a bassist in Tel Aviv, and a keyboardist in Tokyo recorded a song together on Bojam. (Unfortunately, the song they chose was Toto’s “Africa”).

Beyond being a collaborative tool, Bojam is also a community for musicians. It is a place where you can find other musicians to play with anywhere in the world, asynchronously. Once a song is recorded, other Bojam musicians can check it out, watch a video of the original musician playing, along with music notation streaming across the screen so they can learn to play the part as well. Or, they can change the track. If a song is really good, the musicians can decide to sell it on iTunes or Rhapsody for 99 cents. Music teachers can also use the service to auction off their services (as can studio musicians half-way across the world).

One of the company’s founders is Eyal Hertzog, the founder of video-sharing site Metacafe. And it was built for about $100,000.

Joi Ito: Who owns the music?

Greenstein: Everyone will own their own rights.

Ito: Is it clear to the user?

Greenstein: This is contract law, not copyright law. Users will have to let others collaborate, but don’t have to let them distribute it.

Horowitz: I really love it. It seemed to me that something like this should exist. One thing that concerned me was your choice of “Africa” by Toto. I felt like I was trapped in an elevator for eight minutes.

Robert Scoble: Can a music teacher auction off their services and make a business?

Ito: The interface is new, but not the idea.

Scoble: Have you thought about tying it to Rockband or a video band

Greenstein: Rockband is interesting because it shows that people want to interact with their music, but Rockband is not for serious musicians.

Ito: Is this a production tool, a learning tool or a game

Greenstein: this is a production tool, also can learn. Ultimately want to see music being prodced and sold. Some songs are going to be really good. 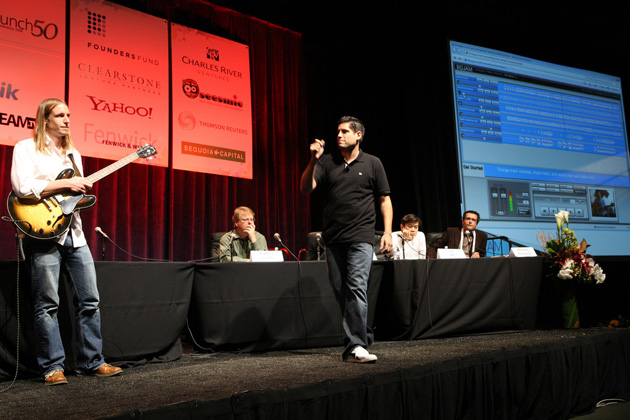