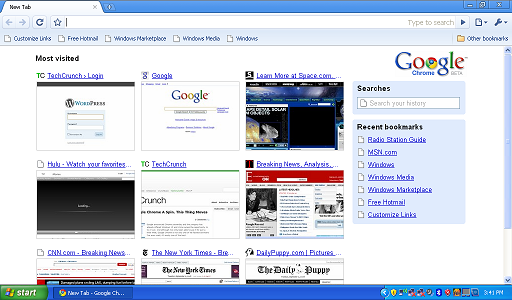 Google announced Chrome yesterday and the company has already offered Windows XP and Vista owners the opportunity to try it out. And although I’ve only been able to use it for just a little while, Google Chrome is not only one of the fastest browsers I’ve ever used, it’s easily one of the best.

The Google Chrome install was quick and easy. In a matter of seconds (literally), I downloaded the application from the company’s site and installed it on my PC. Once up, Chrome asked to import the data from Firefox and I was off.

The first thing that will strike you about Chrome is its soft, yet elegant interface. Unlike other browsers, which sport clutter, Chrome doesn’t do anything of the sort. Instead, it makes tabs the primary element of the software, which can be dragged around and moved as needed on the fly. You can already do that in Safari, but in Chrome, it’s simply much easier.

Chrome also offers the “Omnibox”, which lets you input a web address or search the web in the address bar. You can do that now with Firefox, as well, but if you’re visiting a specific site like Amazon and you want to search that site, it features smart search engine detection to let you search Amazon instead of Google. I did just that on Amazon.com and it worked extremely well. In fact, it was much easier to search through sites and pages than any other browser I typically use.

My favorite feature so far in Chrome is the homepage. Unlike every other browser on the market, Chrome gives you a list of all the most-visited pages you’ve been to. I found this to be extremely useful. Instead of wasting time sifting through favorites or trying to find a specific page, I had all my most visited pages at my disposal when I opened Chrome up.

But perhaps more than anything, you’ll notice just how fast Chrome is immediately. After just ten minutes of jumping from site to site, I was amazed by how quickly I was able to get around. And unlike some browsers (I won’t mention any names), opening a slew of tabs doesn’t matter — it’s just as fast with or without tabs.

For those that want to shop for their girlfriend’s engagement ring without them knowing or just want to do, um, other things, Chrome also features an incognito mode, which will stop the browser from recording your activity. I tried it out and it works as advertised, and was delighted to see that I could turn it on and off in a flash.

One of my biggest problems with Firefox is that I have a tendency to lose my downloads when I get a little overzealous in my software tastes. Granted, you can go to the “Downloads” tab and find everything there, but Chrome makes it easier: it has a download box at the bottom of the screen that lets you access your downloaded files and put them where they need to go. I doubt I’ll lose anything again.

But not everything is perfect in Chrome. It’s still not available for Mac OS X and Linux users and it’s missing an easy method for organizing bookmarks. Worse, it currently doesn’t offer any way to email links. Google claims it’s just a beta release and these functions will be added in subsequent versions, but I still would have liked to see them in the first iteration.

All in all, Google Chrome, after just a little time using it, is superb. It’s not only fast, but it’s useful. It’s not only elegant, but it understands what you really want to do with a browser. And although it suffers from some setbacks that shouldn’t be overlooked, it’s still a highly-capable browser. Download Chrome. You won’t regret it. 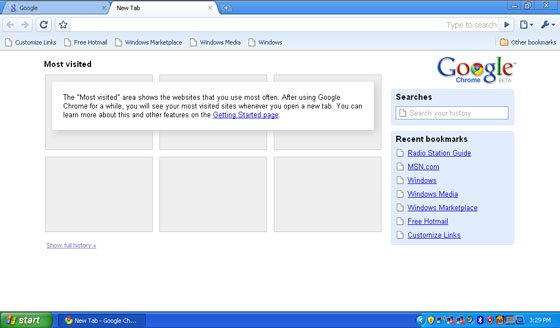 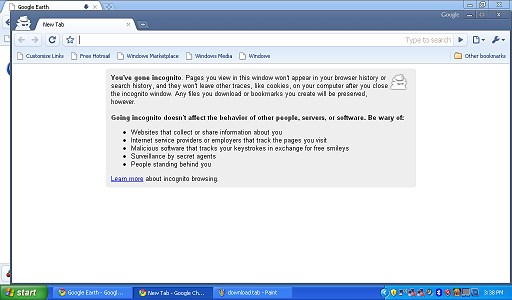 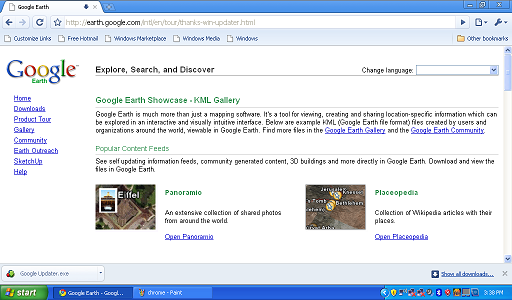 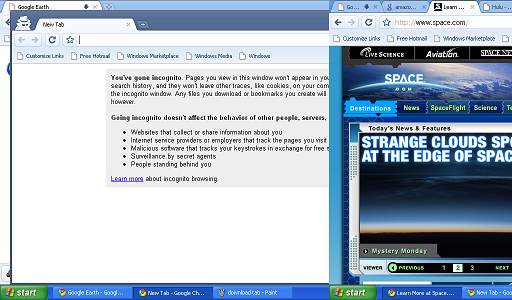