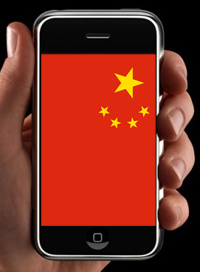 A rumor is circulating that the iPhone may be finally making its way to China. The original source of the rumor is China Communications, which has cited a China Mobile insider as its source. According to the source, China Mobile will be offering the iPhone at a heavily subsidized discount in order to court the massive Chinese population, many of whom would have trouble affording an unsubsidized phone.

An article from It.hexun.com (translated here), says that the source is a member of the Ministry of Industry and Information Technology (MIIT), and offers further details:

China Mobile will procure the handsets for their full price, and then on-sell subsidized handsets to consumers. The source explained that China Mobile could buy a 3G iPhone from Apple for USD 299 – an example price – and then sell the handset to users for USD 199, treating the additional USD 100 as compensation to Apple.

Past talks between China Mobile and Apple have failed, largely because of Apple’s past insistence on taking a portion (believed to be between 20-30 percent) of the carrier’s monthly fees from iPhone customers.

With the release of the iPhone 3G, Apple stopped insisting on a rev-share agreement with carriers. An earlier report on a possible deal explained that the largest hurdle had been removed, but there were still “practical issues” that had to be taken care of.

Thanks to The China Perspective for the tip.