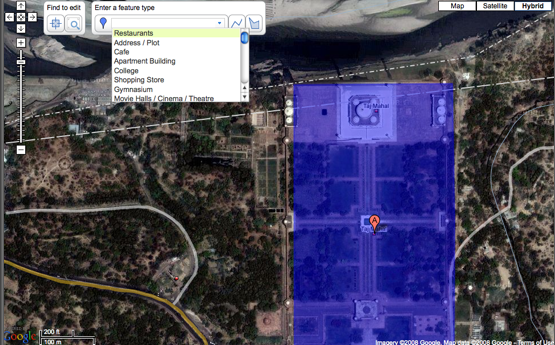 When it comes to the availability of good mapping data, not all parts of the world are created equal. That’s why Google is taking a wiki approach to filling out the white spaces on its maps, particularly in developing nations. Back in June, it launched Map Maker for a small group of island nations where there isn’t great existing cartography data. But now it’s added India to the countries that can be modified on Google Maps. As Google gains more experience with this experiment, more countries may be added in the future. Although it is starting in regions that have poor map data, hopefully it will figure out a way to add this capability for every region of the world. (Even in the U.S., which is not yet editable in this fashion, Google Maps is not perfect).

Map Maker lets anyone add or edit roads, points of interests, and other features on Google Maps. You can mark tourist destinations (like the Taj Mahal), restaurants, factories, helipads, even shrubbery. There is a drop-down list of dozens of feature types to choose from for consistent tagging and easy searchability. Map Maker also lets you define particular regions and neighborhoods by drawing or tracing them using the satellite imagery as your guide. Unlike Google My Maps, any changes to Map Maker are automatically added to Google Maps for everyone to see (although Google reserves the right to moderate contributions).

Here is a video from Google India explaining the service and a list of the 57 countries that can now be edited in Map Maker (image below) . 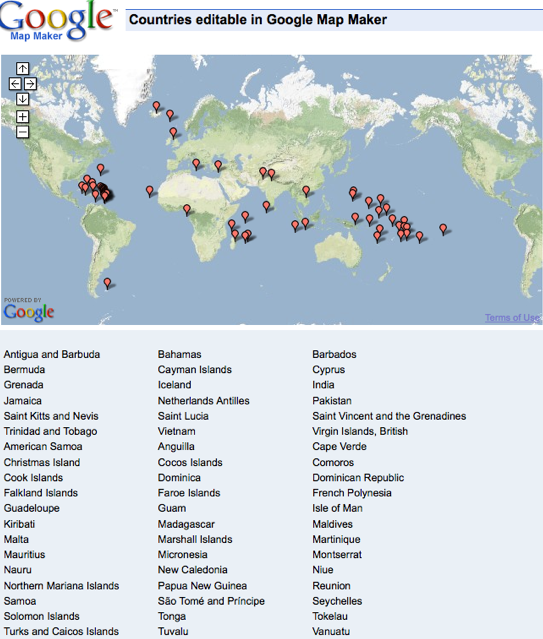