Office Snapshots has posted a picture of the clever sign hanging on the door of Twitter’s old office. The sign was posted by the office’s current inhabitants, customer service startup Get Satisfaction.

Twitter switched offices in early July, and the move seems to have done them well. Since then the service has been unusually stable, with relatively few periods of downtime – though this may be on account of the functionality that seems to be slowly disappearing. 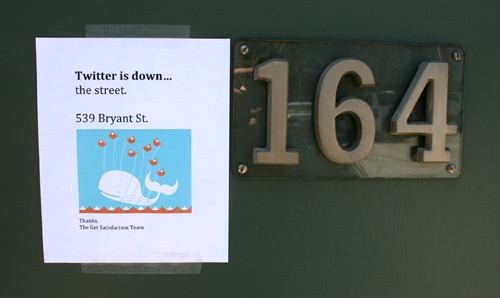 Update: Get Satisfaction’s Thor Muller comments that in celebration of Twitter’s increased reliability, the sign has been updated: 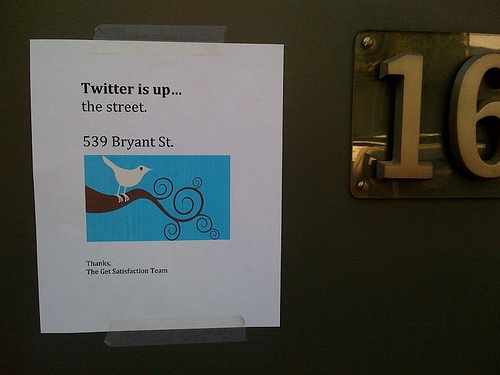 Thanks to Jason Moser for the tip.