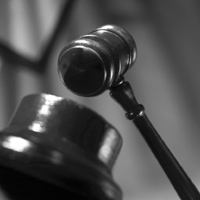 WiAV Solutions, a patent holding firm that doesn’t actually make anything from its proprietary technology, has filed a lawsuit alleging that Apple, Palm and Research In Motion have violated as many as 10 patents relating to GSM technology.

WiAV solutions only owns two of the ten patents in question and ‘exclusively’ licenses the other eight from Mindspeed; as part of its complaint WiAV asked the court that Mindspeed be required to join the case as an ‘involuntary’ participant.

The patents cover vague technologies such as detecting the difference between voices and silence and power management.

As expected, WiAV is seeking a permanent injunction against the smartphone makers, as well as damages and “reasonable” royalty fees, plus interest.

Mindspeed, Apple, RIM nor Palm have yet responded to the suit.