It’s been just a little over a month since CBS completed its acquisition of Cnet and some of the first outward signs of the deal can be seen in a forthcoming logo for CBS Interactive that we obtained and a new design for Cnet’s Websites that it is testing in random batches. Judging purely by the design shifts, it appears that the cultures of the acquirer and the acquiree are moving towards each other.

CBS Interactive is ditching its corporate black-and-blue logo for a friendlier orange and white one. (Assuming the version shown here is the one it ends up going with).

At the same time, Cnet is testing a new design in beta that is much sleeker, and replaces the familiar hippy-school-bus-yellow backdrop with a more serious CBS black. (I was randomly selected to see the sneak peek, which is how I found out about it). The new design is an improvement. The site is less cluttered, and on News.com blogs are featured prominently throughout.

The blog-centric approach is a direction News.com has been going in ever since it named blogging journo Dan Farber editor in chief last February. But now the navigational tabs on top all link directly to blogs such as Crave and Webware.

How do you like the new look? Check out the screen shots below. Here’s the old nav bar:

Update: And of course, CBSNews.com is already republishing stories from Cnet’s News.com. (Kind of makes you wonder whether those two brands will just merge at some point).

Here is the beta design: 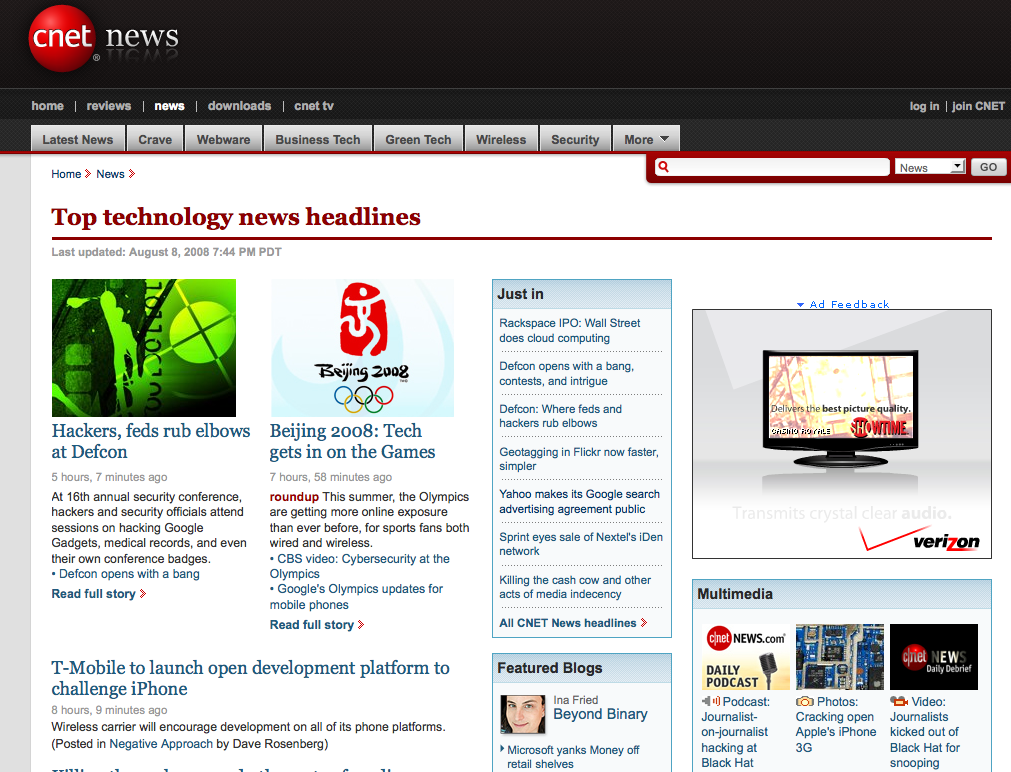 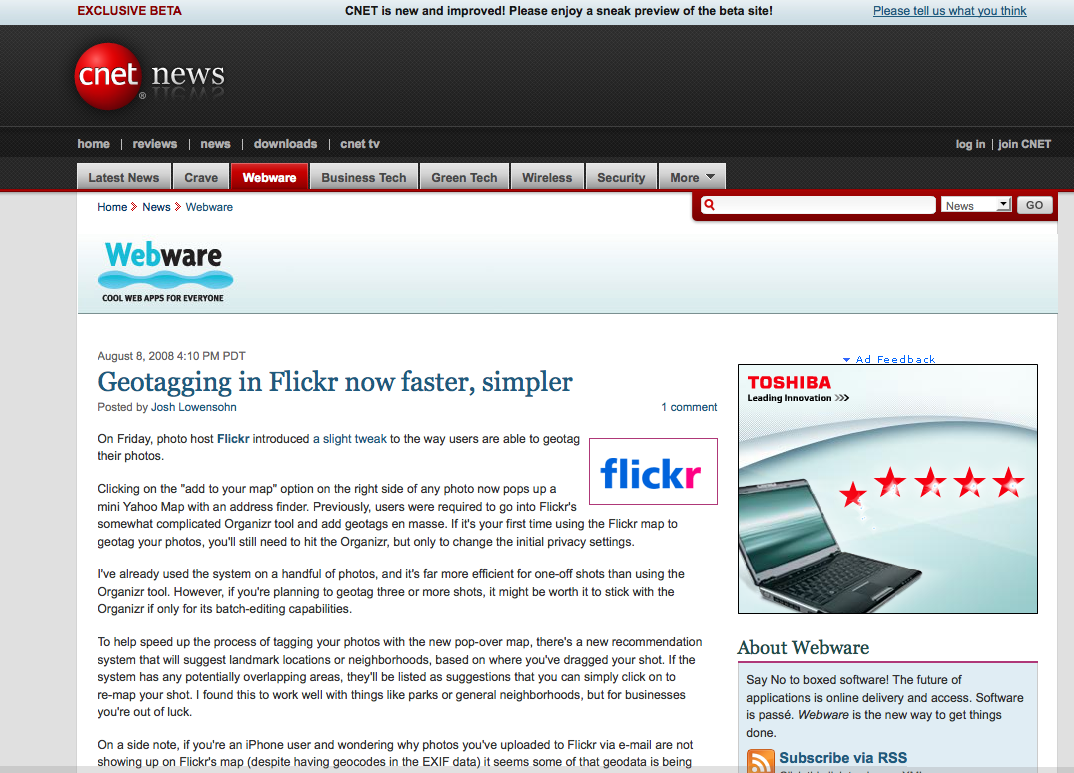 And here is a Cnet story on CBSnews.com: 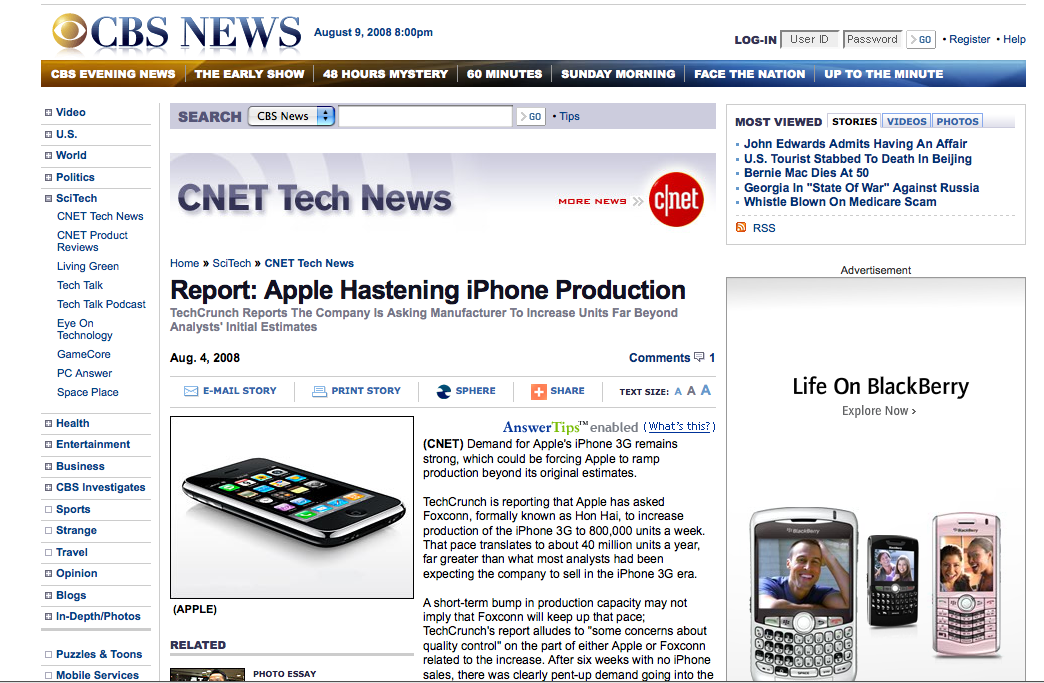