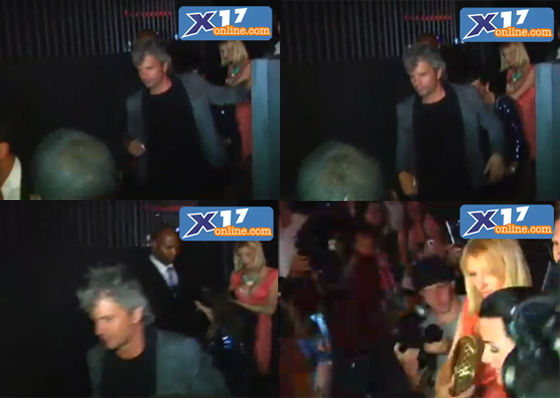 Facebook may be the king of the Silicon Valley crowd, but Paris Hilton apparently prefers MySpace. 42 year old MySpace cofounder and CEO Chris DeWolfe has been dating 27 year old Paris Hilton for at least a few weeks, sources close to the company confirm. We first got wind of this when we saw DeWolfe in a random video clip with Hilton from last month (see below). He’s also been throwing parties in the Hamptons, and Hilton has been at all of them.

Now we’ve got a source in New York that’s confirming the two are dating. DeWolfe is hosting yet another party tonight in the Hamptons, and Hilton will reportedly be there as his date.

This is a brilliant marketing move for MySpace (or for Hilton?). Or maybe they actually like each other. All we’ve confirmed is that they are definitely dating.

As far as we can tell DeWolfe still has a wife (but is reportedly separated) and Hilton still has an official boyfriend, but whatever, this is Hollywood. Best of luck to both of them.