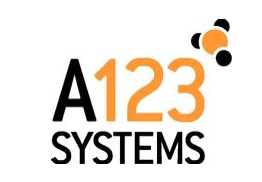 Companies itching to IPO are braving the markets again. This morning, Rackspace had its IPO, and today nanotech battery company A123 Systems filed its IPO registration document (an S-1) with the SEC. The Boston-based company is hoping to raise $175 million in an IPO. (It’s already raised $132 million in venture funding from Sequoia, General Motors, Motorola, Qualcomm, and others).

A123 Systems makes next-gen lithium ion batteries for electric and hybrid vehicles, as well as for smaller portable devices. It is working closely with GM and Black & Decker. The company, which came out of MIT, already employs 1,100 people (150 in R&D alone), and has been manufacturing batteries for two years. The company’s revenues in the first quarter of 2008 was $10.3 million, and its sales for all ofg 2007 was $41.3 million. It’s also been eating through a lot of cash. Last quarter it had a net loss of $14 million, and last year it lost $31 million.

And those losses are not going to end anytime soon. From the S-1:

But A123 Systems is going to be a story stock. If you believe in a future of electric-powered vehicles, it is one way to invest in that future. Of course, other company’s are trying to create batteries for electric vehicles as well, such as Aptera and Tesla Motors (which, in addition to creating its own electric cars, has a deal to supply Mercedes-Benz with electric batteries). But they are still private. 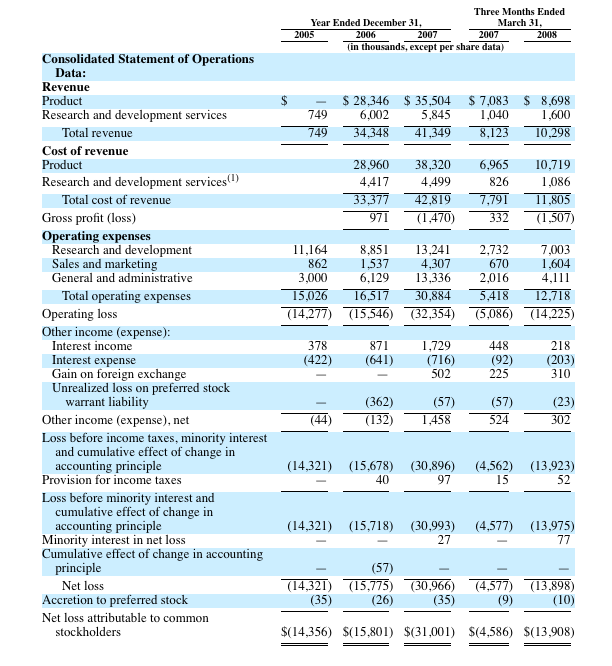