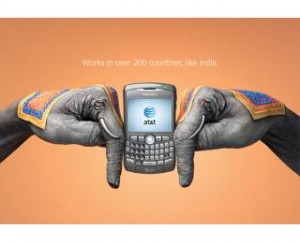 Not only has AT&T increased its global service offerings, the carrier is launching an advertising push about traveling with your wireless phone. As part of the new global initiative, AT&T is offering an online Travel Guide which helps you create an itinerary with rate information for up to 10 destinations, as well as review discounted voice and data packages.

Currently, AT&T customers can make and receive calls in more than 200 countries.