Social Gaming Network, a startup behind a number of popular social network games, has partnered with the Arbor Day Foundation to create a Facebook game to raise money for, of all things, planting trees. SGN has created a game called “Space Movers: The Bloom Initiative”, and will donate up to $50,000 of the game’s advertising revenue to the cause. You can check out the app by going here.

The game itself plays almost exactly like Bejeweled, with a few goofy characters and icons that all fit under a vague “nature” theme. And while the gameplay may not be too original, the game has high production values, with a full soundtrack and animations.

The partnership is the latest in a string of unconventional promotions we’ve seen from developers on social networks, who are going to great lengths to increase exposure and help their games “go viral”. Last month Slide partnered with VH1 to to promote its application alongside a marathon of reality shows.

SGN focuses on games that include social interaction, and claims 1.1 million daily active users across Facebook, Bebo, MySpace, and hi5, with a reported 54 million application installs. The company has raised some serious cash, with over $20 million in funding and investors including Jeff Bezos. Zynga, its closest competitor, recently closed a $29 million Series B funding round led by Kleiner Perkins, and has raised a total of nearly $40 million. 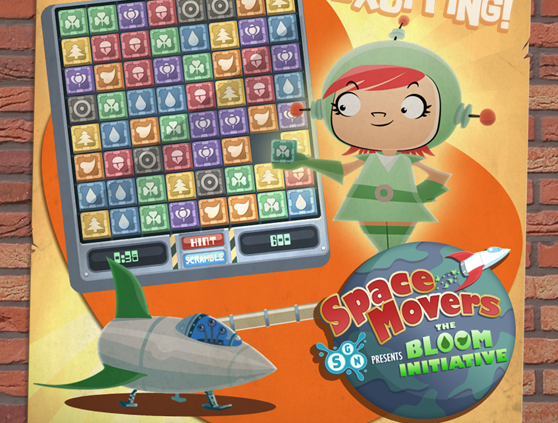