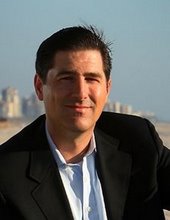 Activist shareholder Eric Jackson has some advice for all the little guys out there holding Yahoo shares: Come August 1, split the difference on the Yahoo board between the current directors and Carl Icahn’s alternative slate. If a majority of the board is replaced, the poison-pill severance package might be triggered. So Jackson is recommending that shareholders vote for four of Icahn’s nominees (Adam Dell, John Chapple, Lucian Bebchuk, and Edward Meyer) and keep five of the current board members (Vyomesh Joshi, Robert Kotick, Maggie Wilderotter, Gary Wilson, and Jerry Yang).

That sounds like a recipe for complete gridlock. Fortunately, Jackson only speaks for a tiny group of 150 Yahoo shareholders who collectively own a mere 3.2 million shares, out of 1.4 billion shares outstanding (in contrast, Icahn owns 69 million). But Jackson wants to attract more members to his over the next two weeks, and has created a “Yahoo Plan B” forum on Agoracom to bring small Yahoo shareholders together and collectively come up with a better plan for Yahoo.

That’s the same name as his activist plan from last year, when he was calling for the ouster of then-CEO Terry Semel. He also called for the replacement of seven of Yahoo’s board members, including Robert Kotick and Gary Wilson (two of the Yahoo board members he thinks should now stay).

The battle for shareholders is on. Yahoo itself is using its homepage to make its case directly to shareholders. The next two weeks should see more Yahoo activists come out of the woodworks. The summer fun has just begun.