Evite is getting long in the tooth. Every day it seems there is some new startup ready to take it down: Pingg, Socializr, Center’d, MyPunchbowl, Presdo. Well, today the IAC-owned invitation juggernaut is fighting back. Or at least, it’s stirring. Evite is launching a new design in beta today. (On a Friday afternoon—interesting choice of timing).

The new site, which is simplified, and has more of a tabbed and modular approach, was built by a relatively new team. General Manager Rosanna McCollough does not try to sugarcoat The problems with the current version of Evite:

We saw some issues. Evite wasn’t giving the user enough control or customization options. There was too much clutter. Everything was jammed onto one page. It was a bad UI.

Amen. She hasn’t fixed everything yet, but she is on the right track. The Evite beta includes more design options, making it easier to customize invitations with rich-media embeds and photos. It integrates with Flickr, YouTube, Imeem, and other places where people keep their photos, videos, and music content. In partnership with JS-KIT, it is adding polling and message board widgets to each page, and (finally) it is including more information in the e-mails people send out so you don’t have to click through just to get an address. Users can also now send private messages to hosts, and there’s an option to designate if you’ll be bringing children to the party. 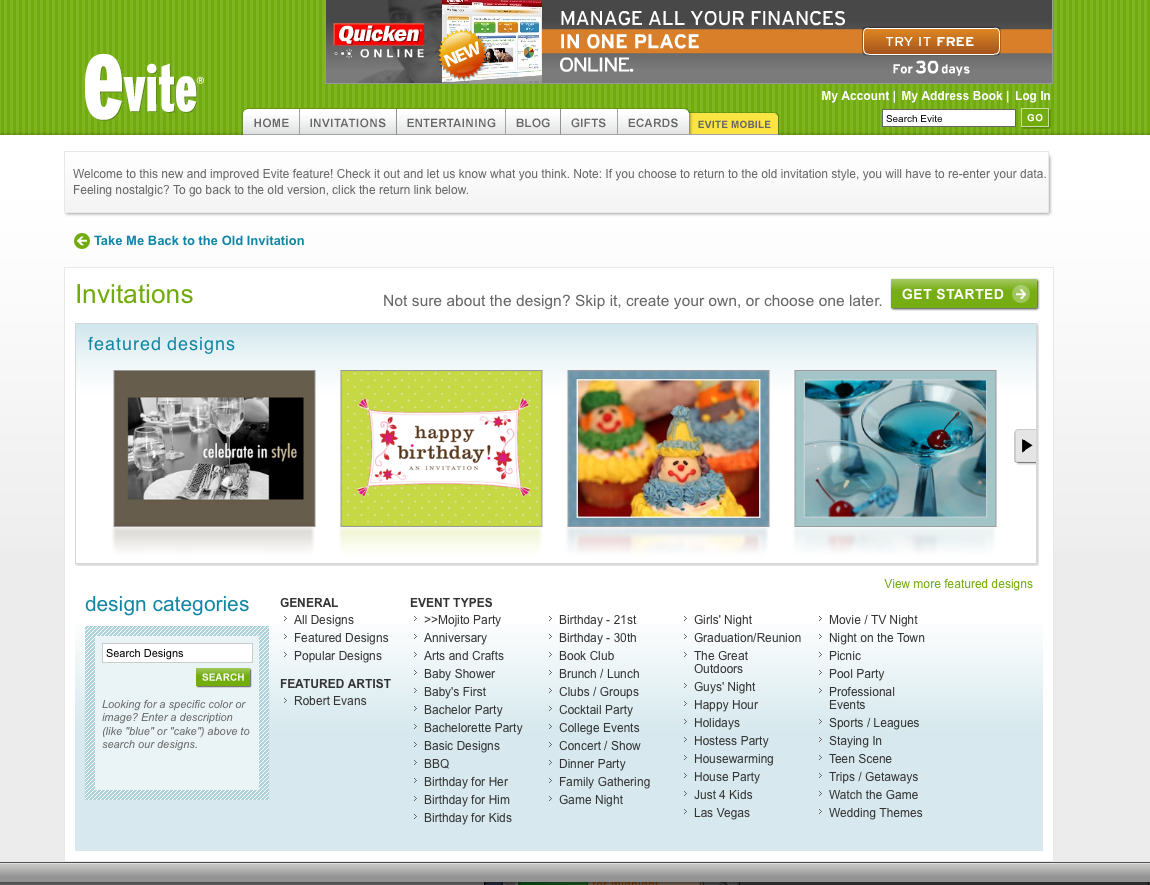