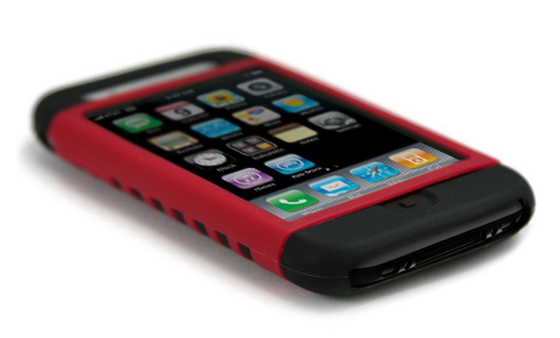 Howard Hughes would not have stood in line with all the other plebeians to get an iPhone 3G as he would have been too afraid of catching some murky disease. He would of however, sent one of his minions out to get one, and then, of course, have it sterilized. The next step would have been for the famous germaphobe tycoon to pick out a case for his rapidly-getting-infected phone. I think I know exactly the model he would have wanted.

This Antimicrobial case from Case-mate would have been just the thing for the man who picked everything up with tissues. Dubbed Second Skin this case for the paranoid comes with 3 Interchangeable Accents (Red, Blue & Pink), a Screen Protector and (of course) a Micro Fiber Screen Cleaning Cloth. Lest you think this is a new thing, Motorola marketed an antimicrobial phone a few years back.

The effect of the overuse of antimicrobial agents is open for debate. Howard Hughes’ worst fears could be realized as microorganisms continue to build up a resistance eventually turning into strange new monsters. I, for one, imagine (and hope for) a future where we would all have to barricade ourselves in Las Vegas hotel rooms.