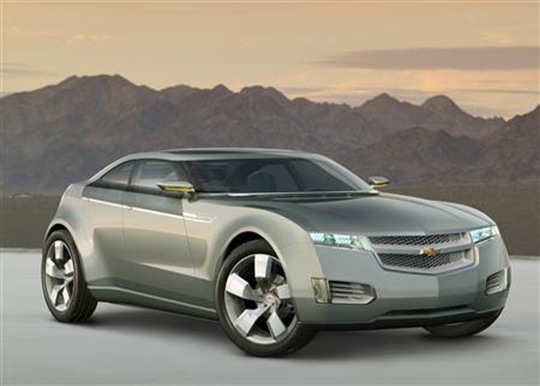 Reuters is reporting that General Motors may be unveiling a “showroom-ready model” of its electric car, the Volt, in September. It was previously thought that the Volt wouldn’t be released until 2010, but “a deepening slump in sales” has apparently pushed GM to get the Volt on the market ahead of schedule. September’s a good time for GM to unveil the new car, too, as it’ll mark the company’s 100-year anniversary.

The Chevy Volt will be powered by conventional lithium ion batteries and can be recharged using a standard 110-volt household electrical socket. The car can only go 40 miles on battery power alone but uses regenerative braking and other “range-extending onboard power sources” like gasoline or ethanol for longer trips, according to Chevrolet’s web site.